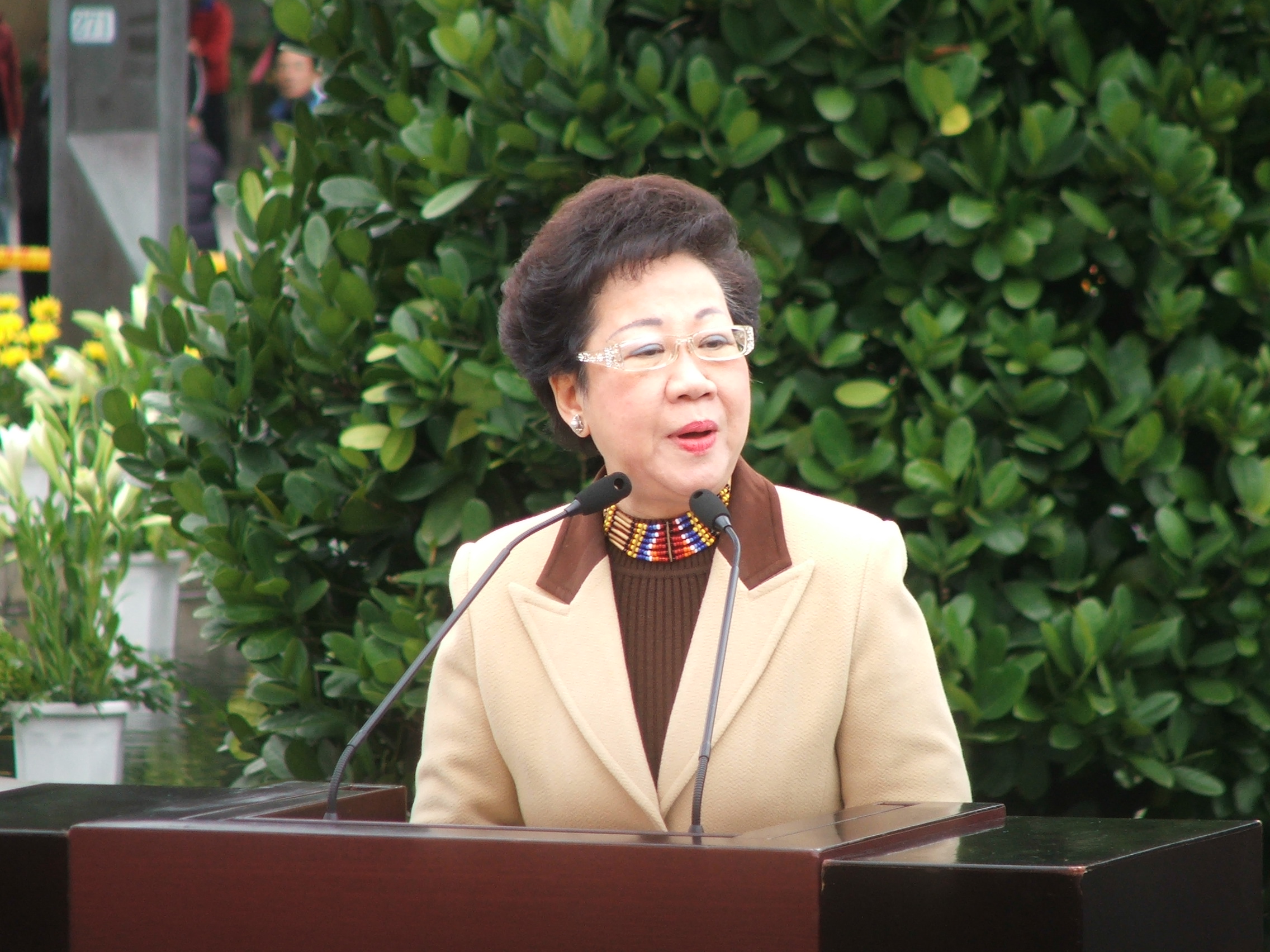 "Annette Lu Hsiu-lien" was the Vice President of the Republic of China (Taiwan) from 2000 to 2008, under President Chen Shui-bian. She announced her intentions to run for President of Taiwan on March 6, 2007, but withdrew in order to support DPP presidential nominee, Frank Hsieh. Lu announced on February 25, 2011, that she would seek the DPP nomination for President of the Republic of China in Republic of China presidential election, 2012/2012, but later withdrew her bid. Tsai Ing-wen, chairwoman of the DPP, finally won the nomination. Lu is a member of the Democratic Progressive Party and one of Taiwan's independence advocates. Lu is also a prominent feminist activist.

If you enjoy these quotes, be sure to check out other famous politicians! More Annette Lu on Wikipedia.

So these are two major lies that China has been telling the whole world. Unfortunately, the central government [when it was] ruled by the Chinese Nationalist Party [KMT] and some incumbent diplomatic officials have not seen through.

I hope a miracle can occur as the military makes its courageous rescue efforts. 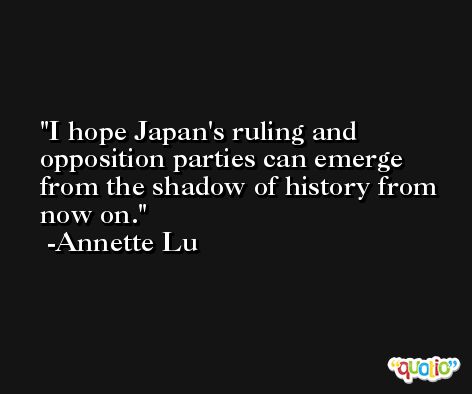 These two points are lies. UN Resolution 2758 does not say a word about the relationship between Taiwan and China, let alone say that the PRC represents Taiwan.

It was like dropping two stones into a pond. We did see some ripples. However, their political careers have been in decline since then. 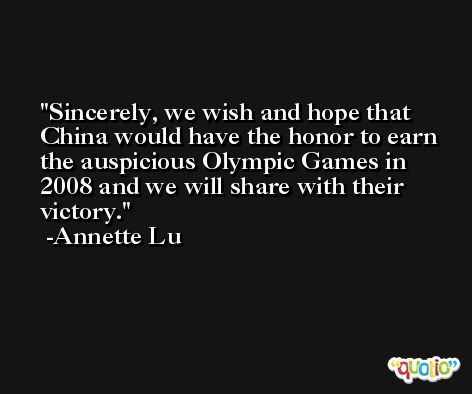 China now threatens not just Taiwan but every corner of the Pacific Ocean with its aggressive expansion of military power.

It is the duty of all local officials to stay as prepared as possible for the typhoon. 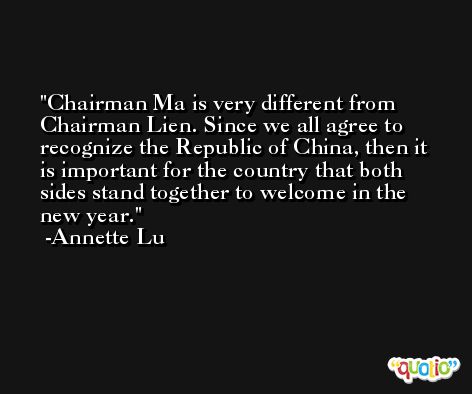