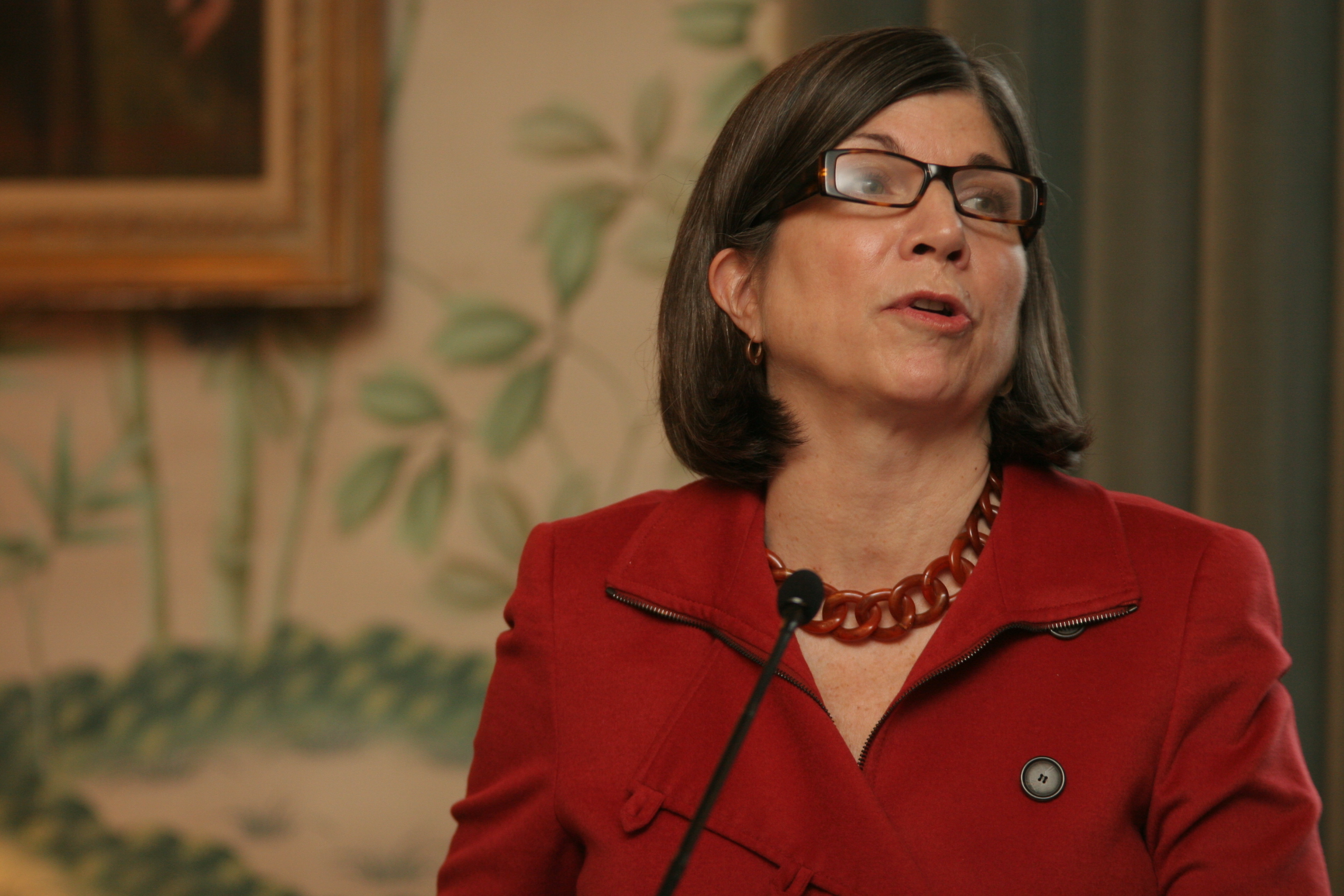 If you enjoy these quotes, be sure to check out other famous journalists! More Anna Quindlen on Wikipedia.

If your success is not on your own terms, if it looks good to the world but does not feel good in your heart, it is not success at all.

I can't think of anything to write about except families. They are a metaphor for every other part of society. 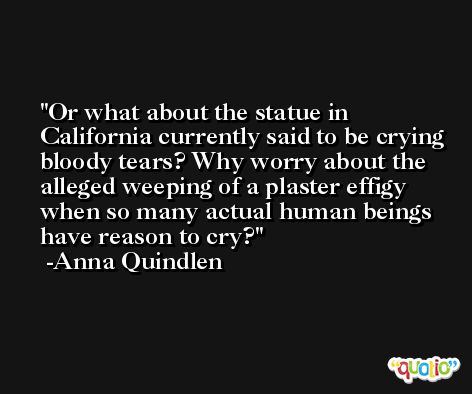 The truth about your own life is not always easy to accept, and sometimes hasn't even occurred to you.

The world is full of women blindsided by the unceasing demands of motherhood, still flabbergasted by how a job can be terrific and torturous. 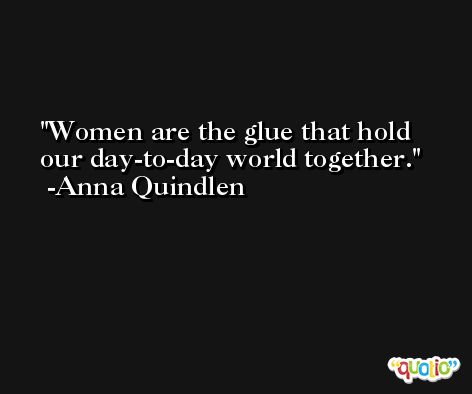 There's a certain kind of conversation you have from time to time at parties in New York about a new book. The word 'banal' sometimes rears its by-now banal head; you say 'underedited,' I say 'derivative.' The conversation goes around and around various literary criticisms, and by the time it moves on one thing is clear: No one read the book; we just read the reviews.

I came to the realization that there were certain public issues that were most usefully dealt with within some sort of framework of at least my private beliefs, if not my private life. 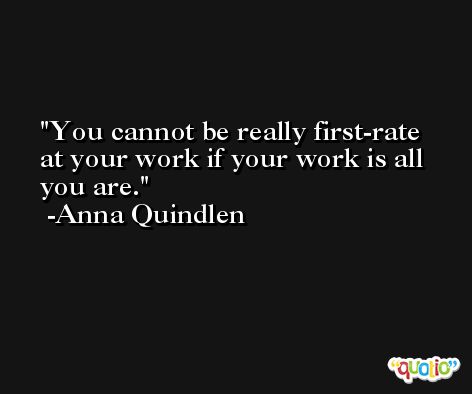 A finished person is a boring person. 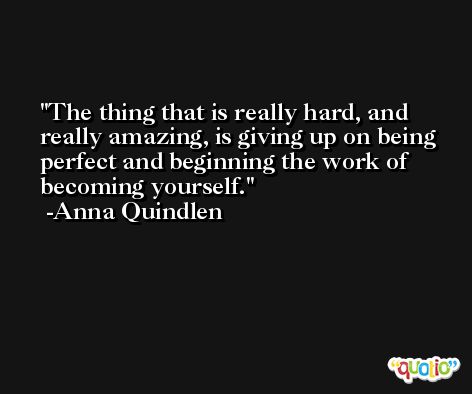 When an actress takes off her clothes onscreen but a nursing mother is told to leave, what message do we send about the roles of women? In some ways we're as committed to the old madonna-whore dichotomy as ever. And the madonna stays home, feeding the baby behind the blinds, a vestige of those days when for a lady to venture out was a flagrant act of public exposure.

Think of life as a terminal illness, because, if you do, you will live it with joy and passion, as it ought to be lived. 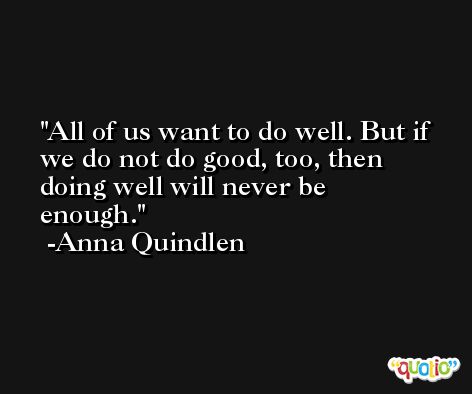 I would be the most content if my children grew up to be the kind of people who think decorating consists mostly of building enough bookshelves.

I think that anyone who comes upon a Nautilus machine suddenly will agree with me that its prototype was clearly invented at some time in history when torture was considered a reasonable alternative to diplomacy. 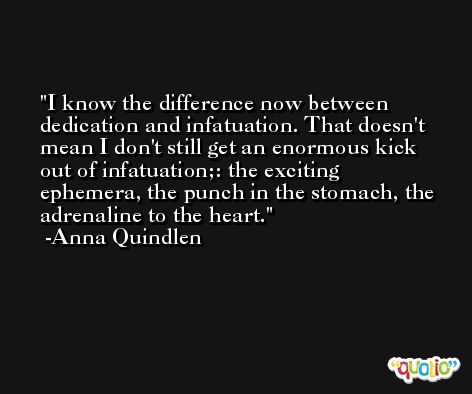 But never fear, gentlemen; castration was really not the point of feminism, and we women are too busy eviscerating one another to take you on. 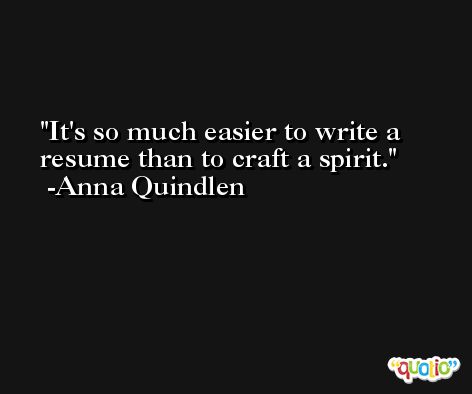 I read and walked for miles at night along the beach, writing bad blank verse and searching endlessly for someone wonderful who would step out of the darkness and change my life. It never crossed my mind that that person could be me. 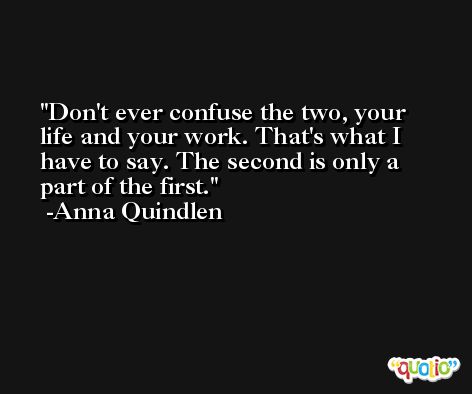 A man who builds his own pedestal had better use strong cement.

O ye of little faith, who believe that somehow the birth of Christ is dependent upon acknowledgment in a circular from OfficeMax! 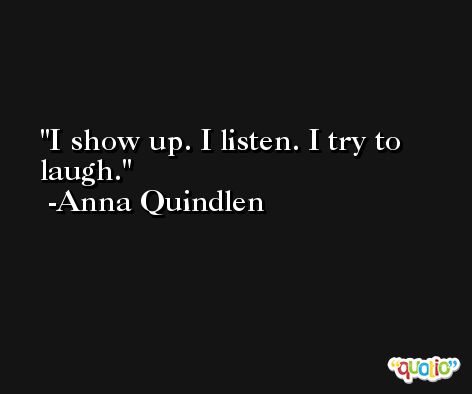