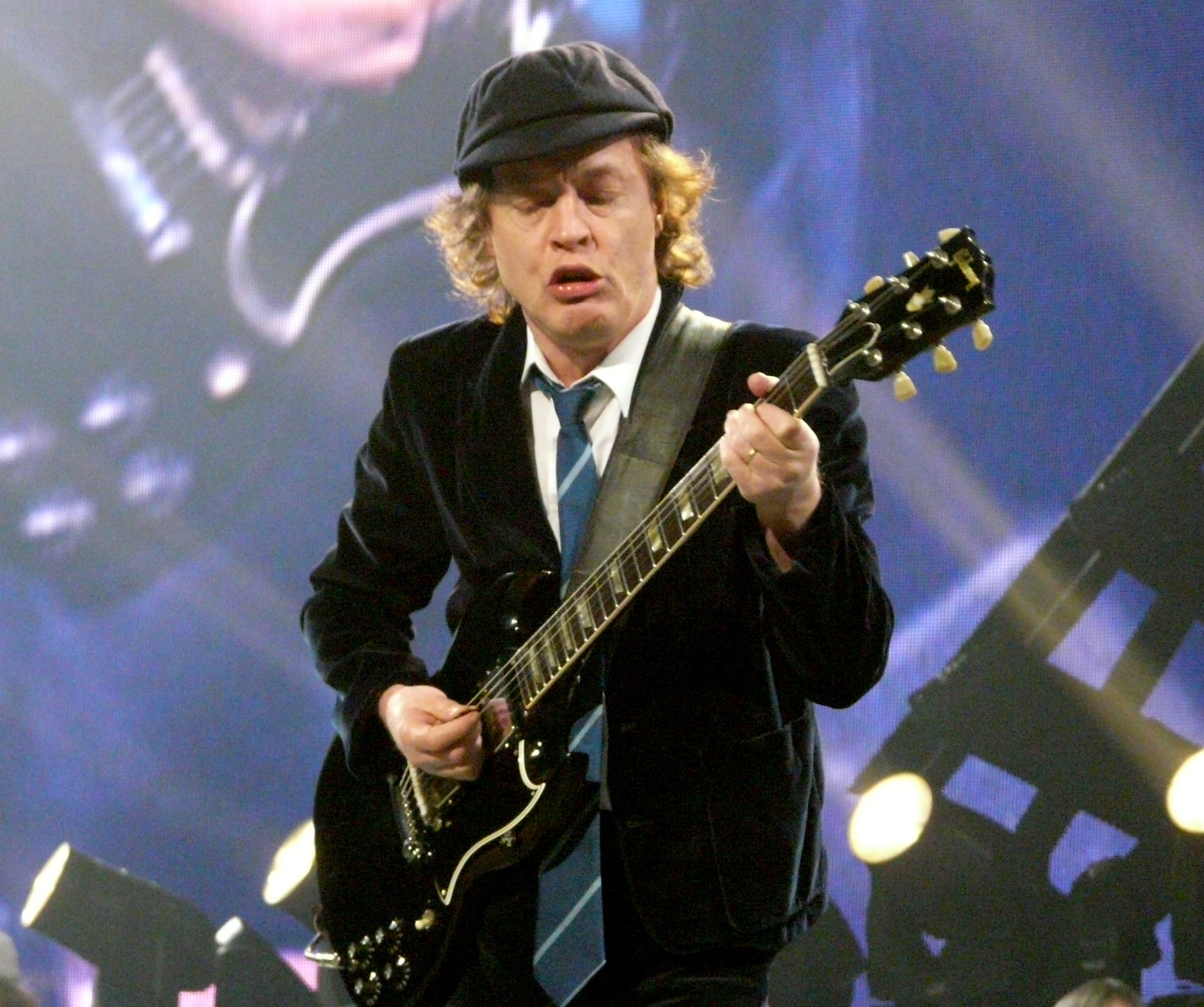 "Angus McKinnon Young" is a Scotland/Scottish-born Australian guitarist best known as a co-founder, lead guitarist, and songwriter of the Australian hard rock band, AC/DC. Known for his energetic performances, schoolboy-uniform stage outfits, and popularisation of Chuck Berry's duckwalk, Young was ranked by Rolling Stone magazine as the 24th greatest guitarist of all time. In 2003, he and the other members of AC/DC were inducted into the Rock and Roll Hall of Fame. AC/DC have remained together since their formation in 1973 and have released 15 studio albums. The band have shipped over 200 million albums worldwide, with 70 million certified units in the US. Their 1980 studio album, Back in Black, is accountable for 50 million of those worldwide sales and is the third all time highest-selling album worldwide.

If you enjoy these quotes, be sure to check out other famous musicians! More Angus Young on Wikipedia.

There are all sorts of cute puppy dogs, but it doesn't stop people from going out and buying Dobermans.

I don't like to play above or below people's heads. Basically, I just like to get up front of a crowd and rip it up. 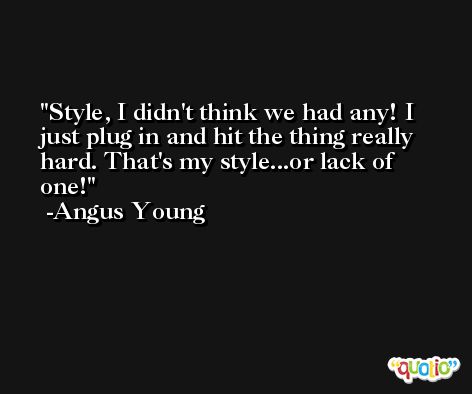 I wouldn't know any newer bands. We're past the pimple stage. 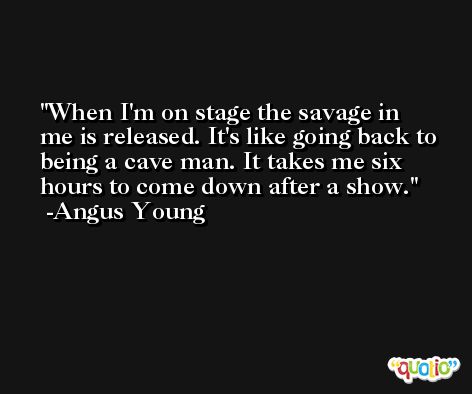 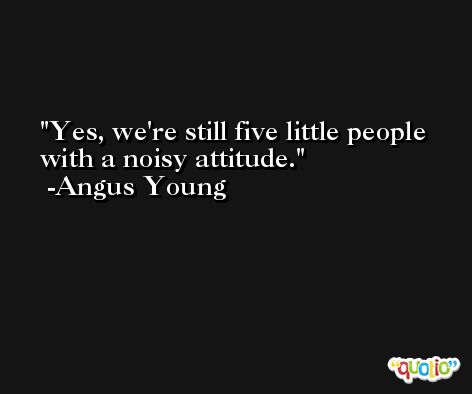