"Angela Shelton" is an United States of America/American screenwriter, actress, and documentary film film producer/producer, best known for the film Tumbleweeds (1999 film)/Tumbleweeds and the documentary Searching for Angela Shelton, which she wrote, directed, and edited. She has also just released her book, Finding Angela Shelton: The True Story of One Woman's Triumph over Sexual Abuse.

I never intended to confront my father, but it became inevitable, ... Ironically enough, it happened on Fathers Day.

We were taken to a foster home and my parents were never prosecuted for what they did to us, ... And meeting these women let me see I wasn't alone. 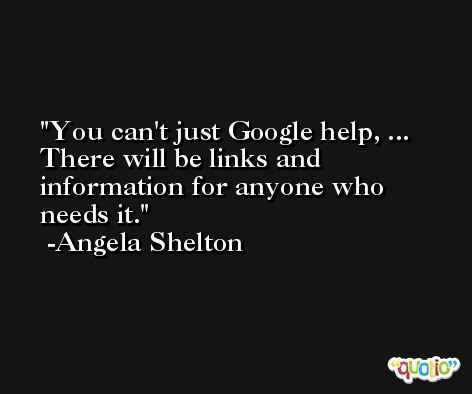 I want them (the agencies) to have a way to raise awareness and funds, ... I lost my publicist and agent because this wasn't the Hollywood way. I could have sold it to a studio, who wanted to make it into a film starring Julia Roberts, but they would have been the ones making the money, not the people who need it.

I had this plan to do this simple little film and life said to me, 'I'm glad you have a plan, but this is what you're going to do, ... I found out it was more, much more than just a film, when I received 50,000 emails when it first came out. 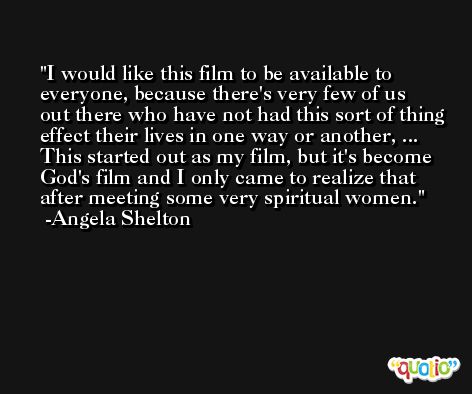 Marcus Allen (Former NFL running back) contributed a lot and told me to 'walk by faith and not sight.' I didn't know what it meant at the time, ... And Rosie O'Donnell paid my mortgage while I was on the road filming. They were all so helpful.

I'm finishing a book about the making of the movie and I have a comedy I'm dying to do that would be perfect for Jim Carey, ... And I'm getting a cut of the film ready for The Lifetime Channel, for showing next March. 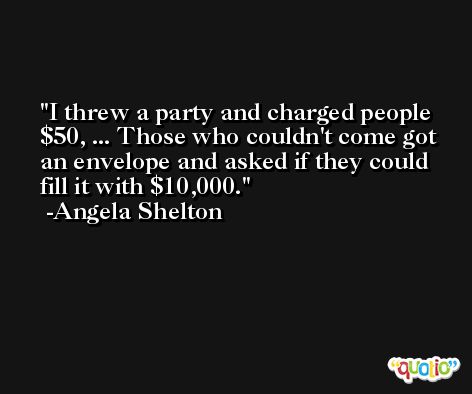