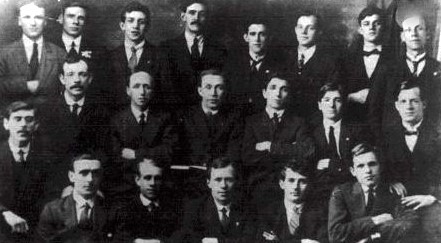 "Aneurin "Nye" Bevan" was a Welsh people/Welsh Labour Party (UK)/Labour Party politician who was the Minister for Health in the post-war Attlee government from 1945 to 1951. The son of a coal miner, Bevan was a lifelong champion of social justice, rights of working people, and Socialism. He was a long-time Member of Parliament (MP), representing Ebbw Vale (UK Parliament constituency)/Ebbw Vale in southern Wales for 31 years. He was one of the chief spokesmen for the Labour party's left wing, and of left-wing British thought generally. His most famous accomplishment came when, as Minister of Health, he spearheaded the establishment of the National Health Service, which was to provide medical care free at point-of-need to all Britons. He resigned when the Attlee government decided to transfer funds from the National Insurance fund to pay for rearmament. He subsequently became the leader of the left wing group within the party, which came to be known as "Bevanite".

If you enjoy these quotes, be sure to check out other famous politicians! More Aneurin Bevan on Wikipedia.

He brings to the fierce struggle of politics the tepid enthusiasm of a lazy summer afternoon at a cricket match.

No attempt at ethical or social seduction can eradicate from my heart a deep burning hatred for the Tory Party . . . So far as I am concerned they are lower than vermin. 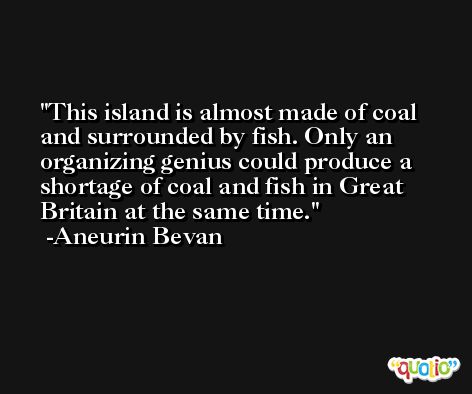 The worst thing I can say about democracy is that it has tolerated the Right Honorable Gentleman for four and a half years.

We know what happens to people who stay in the middle of the road. They get run over. 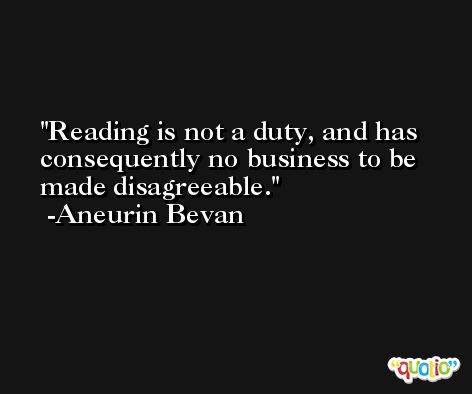 He has the lucidity which is the by-product of a fundamentally sterile mind. He does not have to struggle... with the crowded pulsations of a fecund imagination. On the contrary he is almost devoid of imagination.

It is an axiom, enforced by all the experience of the ages, that they who rule industrially will rule politically. 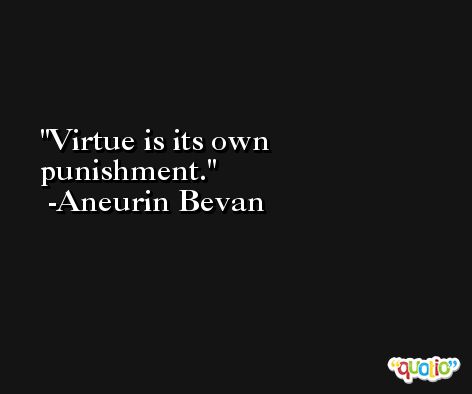 Fascism is not in itself a new order of society. It is the future refusing to be born.

The Prime Minister has an absolute genius for putting flamboyant labels on empty luggage.