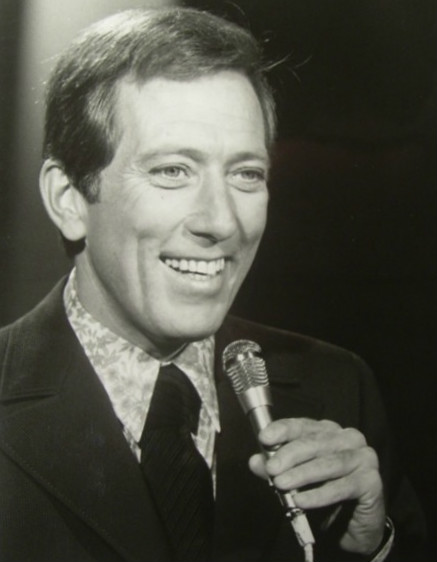 "Howard Andrew "Andy" Williams" was an American Popular music/popular-music singer. He recorded forty-four albums in his career, seventeen of which have been Gold-certified and three of which have been Platinum-certified. He hosted The Andy Williams Show, a television variety show, from 1962 to 1971, and numerous television specials. The Moon River Theatre in Branson, Missouri is named after the song he is most known for singing—Johnny Mercer and Henry Mancini's "Moon River".

If you enjoy these quotes, be sure to check out other famous musicians! More Andy Williams on Wikipedia.

I was named after my grandfather, and he was always called Andy. I don't like it. 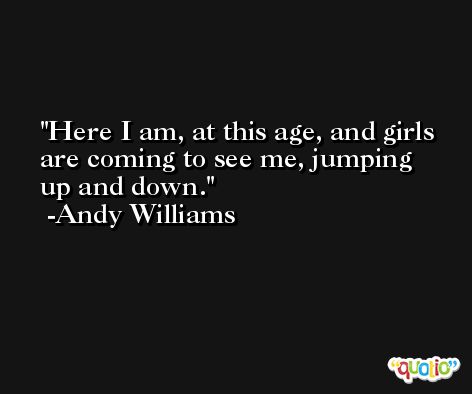 I was very poor at certain times. And I had two dogs, boxers. I didn't have any money for food, and there was the dog food . . . so I ate it.

I still think I'm not as good as anybody else. 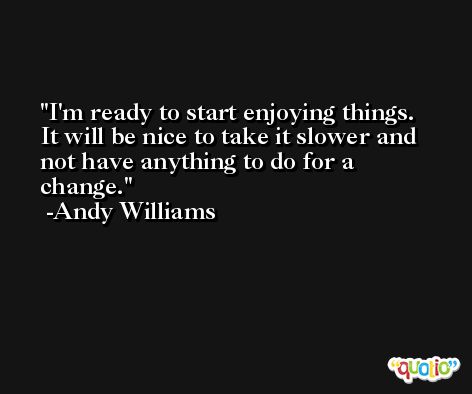 I did LSD in the hospital, never on my own. I did it in a controlled environment to try to find things out about myself. . . . A psychiatrist told me I should take some LSD trips. 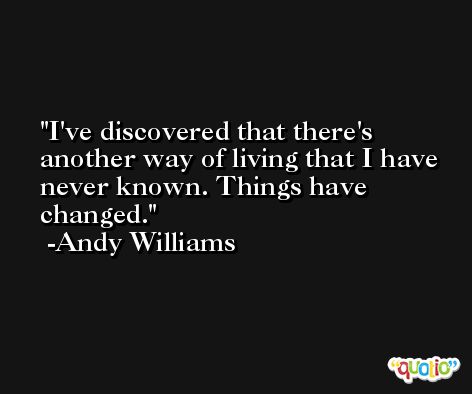