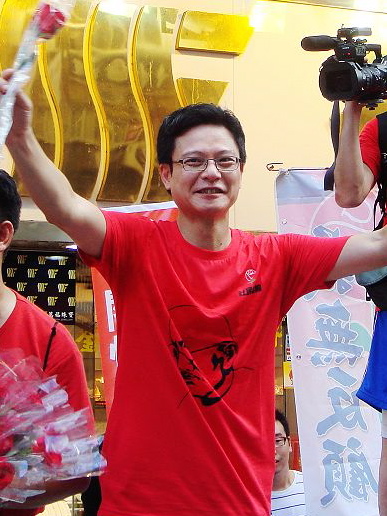 "Andrew To" is a member of the Wong Tai Sin District District council of Hong Kong/Council, Hong Kong. He is the chairman of League of Social Democrats since February 2010, succeeding Wong Yuk-man. His wife, Jackie Hung, was a leader of Civil Human Rights Front and Justice and Peace Commission of the Hong Kong Catholic Diocese.

He was an active Hong Kong students' representative during the Tiananmen Square protests of 1989 and he once went to Beijing to join the hunger strike. In 1991, he was elected district board member. As at 2005, he is the youngest person ever to be elected to this post. He was a member of the Democratic Party (Hong Kong)/Democratic Party (1994–2000) then joined the The Frontier (Hong Kong)/The Frontier (since 2000). He was in the same ticket with Albert Cheng in the Hong Kong legislative election, 2004, Cheng won a seat and To lost.

In 2009, To and Leung Kwok-hung were sentenced to 100 and 120 hours of community service for assaulting police officers.

More Andrew To on Wikipedia.

The market is still waiting for HSBC results, which will have a big impact on the direction of the market.

Bank of China's results were quite good; double-digit growth can be taken as good results for a bank. That injected confidence into the market. 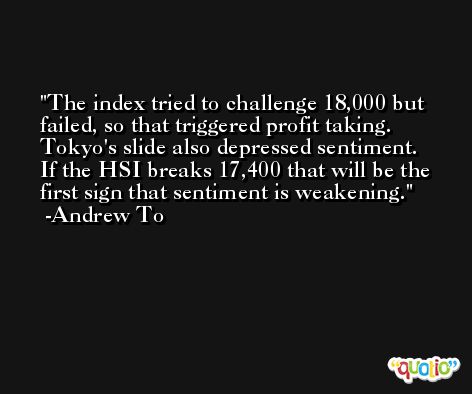 Property shares had a technical rebound, but interest rate concerns will still affect properties until there are signs that the U.S. interest rate cycle will end.

We're seeing a minor technical rebound after Wall Street rebounded from two days of losses. The key will be whether the index can hold above 17,400, if it can't it will indicate we'll see another single-day reversal. 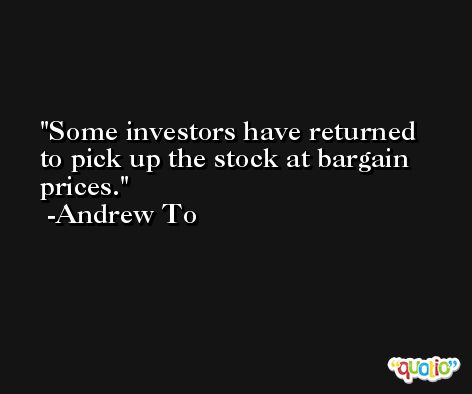 Trading seems to be focusing on selective counters because investors are cautious amid interest rate fears.

I think there was some minor selling pressure on telecom stocks as the market continued to see a weaker European telecom sector due to the high cost of Germany's third-generation mobile-phone licenses. 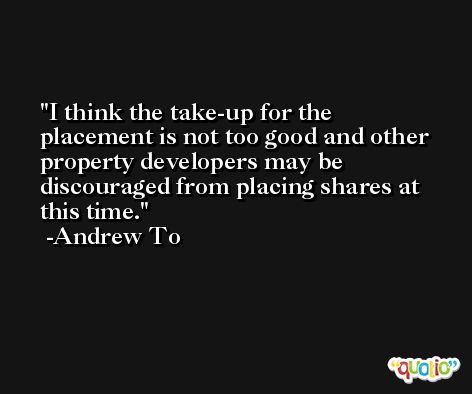