"Andrew James Hall" is a South African cricketer and a former member of the South African cricket team (playing from 1999 until 2007). He is an all-rounder who bowling (cricket)/bowls fast-medium pace, and has been used as both an opening batsman and in the lower order. Prior to making it on the South African first class cricket scene he played indoor cricket for South Africa. He broke through in 1995/96 and has played for Transvaal, Gauteng, and Easterns.

Hall was initially thought of solely as a limited overs cricket specialist and made his One Day International/ODI debut against the West Indies cricket team/West Indies at Sahara Stadium Kingsmead/Durban in 1999. He was a regular in the ODI side until 2007, taking part in South Africa's 2003 Cricket World Cup squad and the 2007 Cricket World Cup.

He appeared in the Test side sporadically and made his debut in 2002 against Australian national cricket team/Australia at Newlands Cricket Ground/Cape Town. Batting at number 8, he scored 70 but did not pick up any wickets in the match.

He retired from international cricket in September 2007 and went to play for the Hyderabad Heroes in the Indian Cricket League and was a part of the squad that won the second Edelweiss Challenge.

I want to go to college for computer science. 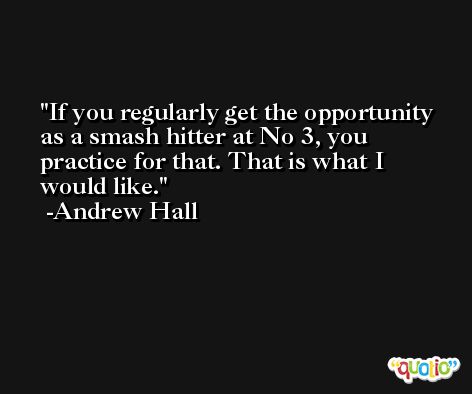 We are innovating away from industry standard at every turn, taking a fresh look at what is out there and what is wrong with it and putting ourselves in the position to succeed where all others failed. Making a video game isn't hard, making a fun video game is hard.

I am delighted to be joining Stage Stores at such an exciting time of growth and opportunity. I look forward to working with Jim and the other members of the Stage management team as we strengthen our position as the leading small town retailer of nationally branded family apparel. 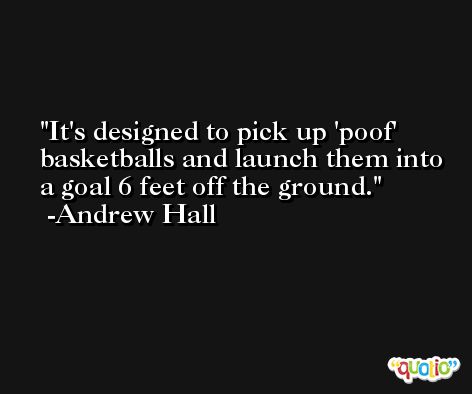 We've seen it. We know what can happen and what could happen. Nobody wants to care for a guy or a girl who is non-responsive. 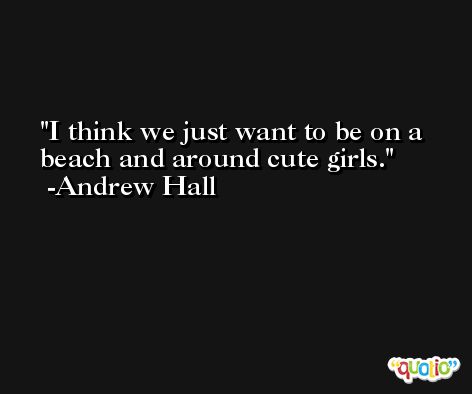 They could do a deal that I think works for both of them.

The last over wasn't so stressful. The 48th over was more tense because before I bowled it Graeme (Smith) and (Shaun) Pollock came up to me and said 'this is a very important over. If they get a few runs in this over they can easily win the match'.