"Ana Kristina Gasteyer" is an United States/American actress of stage, film, and television. She is best known as a cast member on the sketch comedy series Saturday Night Live from 1996 to 2002 and for co-starring as Sheila Shay on the American Broadcasting Company/ABC sitcom Suburgatory.

If you enjoy these quotes, be sure to check out other famous comedians! More Ana Gasteyer on Wikipedia.

Comedy's been really liberating for me because I've been able to sneak the singing part in through the back door.

I always loved comedy but I didn't start formally until I was in college. 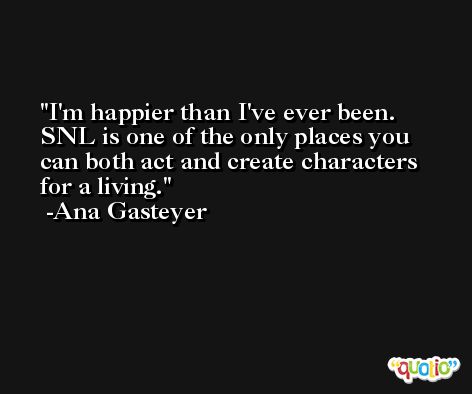 I'm a liberal inside a liberal's body.

I played Liddy Dole last year and met her as well. From the artful way she phrased it, I still don't know if she had actually seen me play her. She made it sound like it was good, but that's just a gift they have. 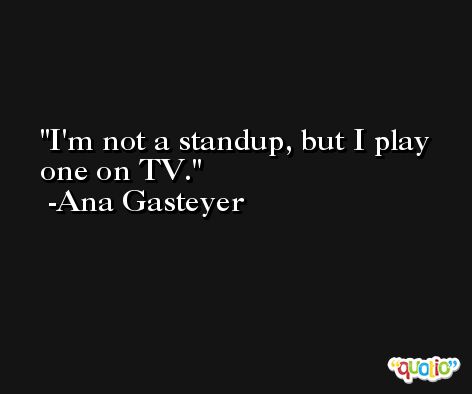 I'm married but the special man is my dog, Henry.