"Amanda Baker" is an United States/American actress. She is best known for portraying Jolene Crowell on General Hospital: Night Shift in 2007 and Babe Carey/Babe Carey Chandler on All My Children from 2007 to 2008. Baker reappeared on June 4 and 29, 2009 as a ghost on All My Children as Babe Chandler.

My mentor is more than willing to help me.

Everybody knows that engineering is male dominated. 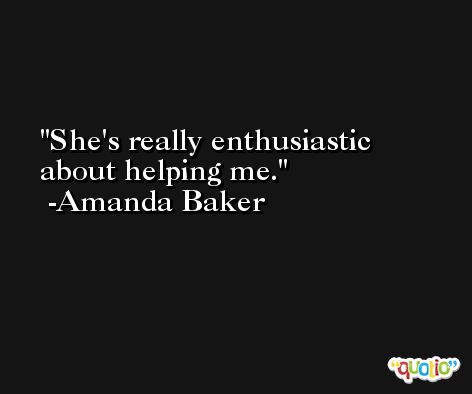 We tried everything, but it wasn't working.

At some of the other schools the programs were too big. It's very nice here. The professor gets to know us and our strengths and weaknesses. He makes sure we know what we're doing.