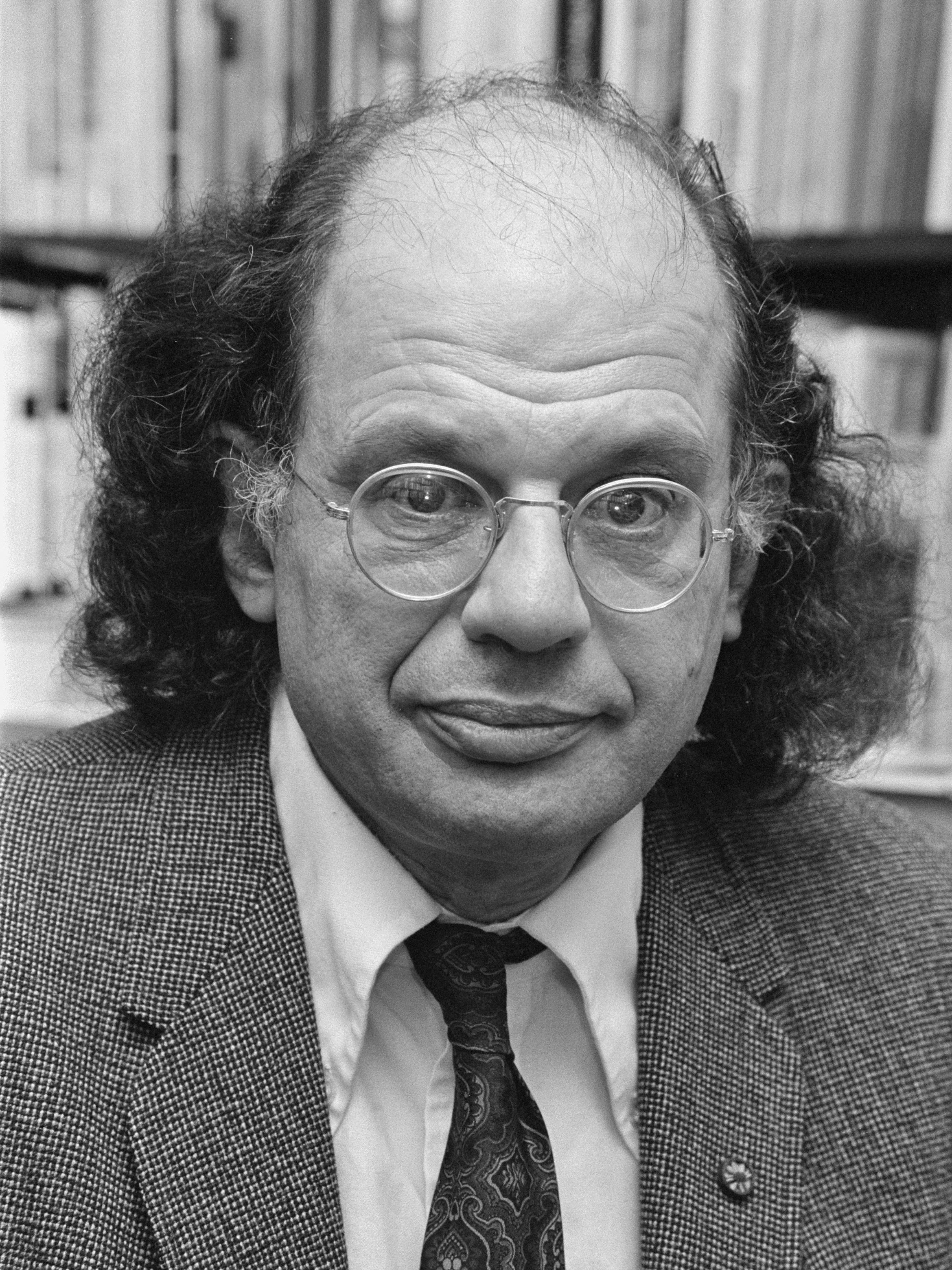 "Irwin Allen Ginsberg" was an American poet and one of the leading figures of both the Beat Generation of the 1950s and the counterculture of the 1960s/counterculture that soon would follow. He vigorously opposed militarism, economic materialism and sexual repression. Ginsberg is best known for his epic poem "Howl", in which he denounced what he saw as the destructive forces of capitalism and conformity in the United States.

In 1957, "Howl" attracted widespread publicity when it became the subject of an obscenity trial, as it depicted heterosexuality/heterosexual and homosexual sex at a time when Sodomy laws in the United States/sodomy laws made homosexual acts a crime in every U.S. state. "Howl" reflected Ginsberg's own homosexuality and his relationships with a number of men, including Peter Orlovsky, his life partner/lifelong partner. Judge Clayton W. Horn ruled that "Howl" was not obscene, adding, "Would there be any freedom of press or speech if one must reduce his vocabulary to vapid innocuous euphemisms?"

If you enjoy these quotes, be sure to check out other famous poets! More Allen Ginsberg on Wikipedia.

Nobody saves America by sniffing cocaine. Jiggling your knees blankeyed in the rain, when it snows in your nose you catch cold in your brain.

Democracy! Bah! When I hear that I reach for my feather Boa! 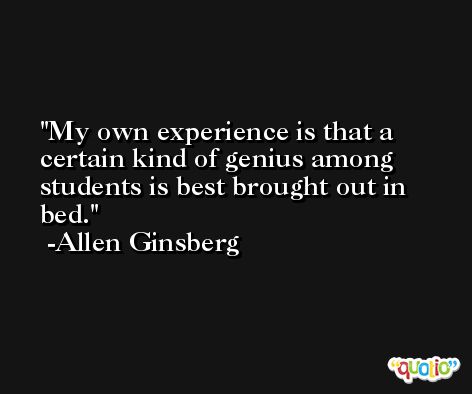 It isn't enough for your heart to break because everybody's heart is broken now. 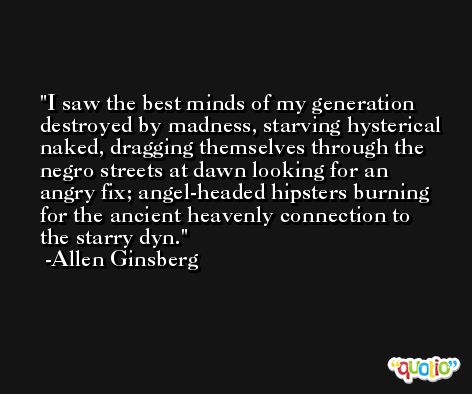 The only thing that can save the world is the reclaiming of the awareness of the world. That's what poetry does. 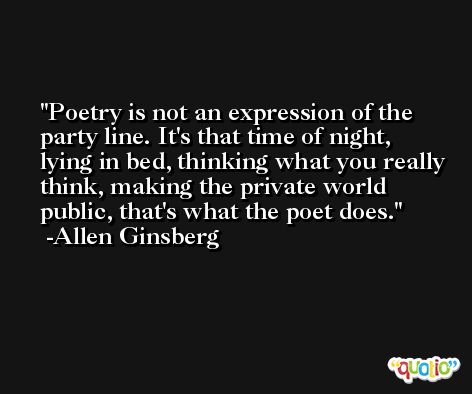