"Alice Thomas Ellis" was a British writer and essayist. She was the author of numerous novels, and also of some non-fiction, including cookery books. Although her married name was Anna Haycraft, she is best known by her nom-de-plume.

Ellis was half-Finnish people/Finnish, half-Welsh people/Welsh and spent part of her childhood as an evacuee in North Wales, a period she later wrote about in A Welsh Childhood. She later moved to North London.

If you enjoy these quotes, be sure to check out other famous writers! More Alice Thomas Ellis on Wikipedia.

Passion makes the world go round. Love just makes it a safer place. 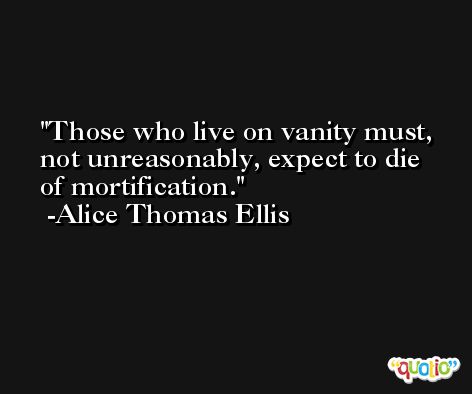 Death is the last enemy: once we've got past that I think everything will be alright.