Alice led an unconventional and controversial life. Her marriage to United States House of Representatives/Representative Nicholas Longworth/Nicholas Longworth III (Republican Party (United States)/Republican-Ohio), a party leader and 43rd Speaker of the U.S. House of Representatives, was shaky, and her only child Paulina Longworth Sturm/Paulina was a result of her affair with Senator William Borah/William Edgar Borah of Idaho. She temporarily became a Democratic Party (United States)/Democrat during the John F. Kennedy/Kennedy and Lyndon B. Johnson/Johnson administrations, and said in a 60 Minutes interview with Eric Sevareid, televised on February 17, 1974, that she was a "hedonism/hedonist".

If you enjoy these quotes, be sure to check out other famous writers! More Alice Roosevelt Longworth on Wikipedia.

I've always believed in the adage that the secret of eternal youth is arrested development.

Harding was not a bad man, he was just a slob. 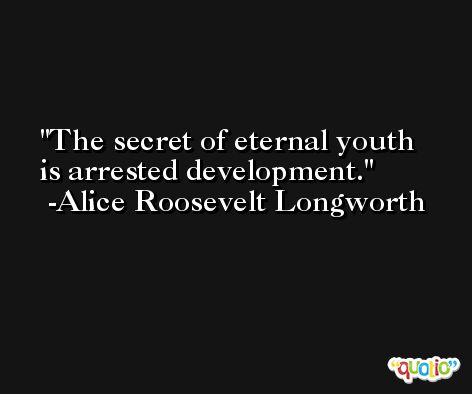 He [Calvin Coolidge] looks as though he's been weaned on a pickle.

My father always wanted to be the corpse at every funeral, the bride at every wedding, and the baby at every christening. 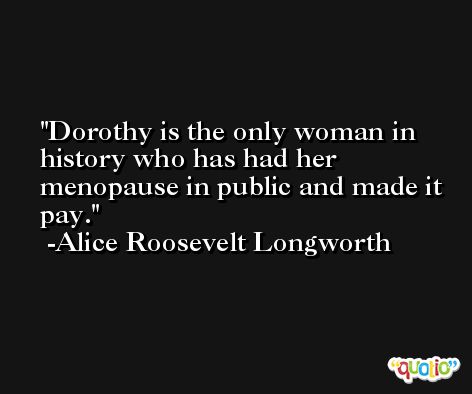 He appears to have been weened on a pickle.

I have a simple philosophy. Fill what's empty. Empty what's full. And scratch where it itches. 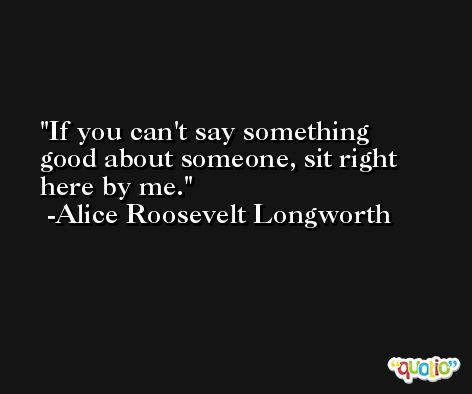 If you haven't got anything good to say about anyone come and sit by me.

He looks as though he's been weaned on a pickle.