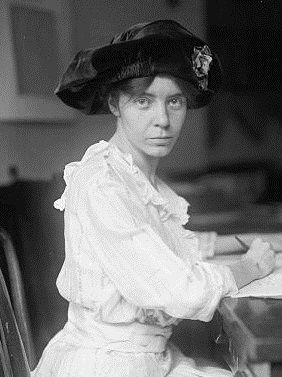 "Alice Stokes Paul" was an American suffragist, feminist, and women's rights activist, and the main leader and strategist of the 1910s campaign for the Nineteenth Amendment to the United States Constitution/Nineteenth Amendment to the U.S. Constitution which prohibits sex discrimination in the right to vote. Along with Lucy Burns and others, Paul strategized the events, such as the Silent Sentinels, which led the successful campaign that resulted in its passage in 1920.

After 1920 Paul spent a half century as leader of the National Woman's Party, which fought for her Equal Rights Amendment to secure constitutional equality for women. She won a large degree of success with the inclusion of women as a group protected against discrimination by the Civil Rights Act of 1964#Women's rights/Civil Rights Act of 1964. Historian David Chalmers concludes:

:Alice Paul was challengingly militant, but despite its fight for an Equal Rights Amendment, her National Women's Party was otherwise conservative, uninterested in social reform, race issues, birth control, and changed gender roles.

If you enjoy these quotes, be sure to check out other famous activists! More Alice Paul on Wikipedia.

It is better, as far as getting the vote is concerned I believe, to have a small, united group than an immense debating society.

Food simply isn't important to me. 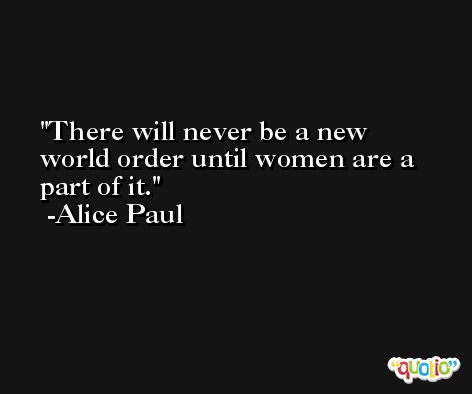 Each of us puts in one little stone, and then you get a great mosaic at the end.

I always feel the movement is a sort of mosaic. 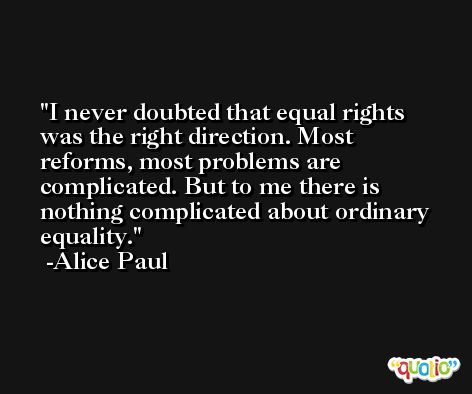 The Woman's Party is made up of women of all races, creeds and nationalities who are united on the one program of working to raise the status of women.

We women of America tell you that America is not a democracy. Twenty million women are denied the right to vote.