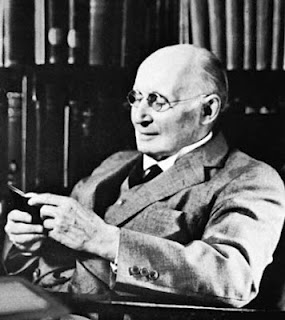 "Alfred North Whitehead", Order of Merit (Commonwealth)/OM Fellow of the Royal Society/FRS (15 February 1861 – 30 December 1947) was an English mathematician and philosopher. He is best known as the defining figure of the philosophical school known as process philosophy, which today has found application to a wide variety of disciplines, including ecology, theology, education, physics, biology, economics, and psychology, among other areas.

In his early career Whitehead wrote primarily on mathematics, logic, and physics. His most notable work in these fields is the three-volume Principia Mathematica (1910–13), which he co-wrote with former student Bertrand Russell. Principia Mathematica is considered one of the twentieth century's most important works in mathematical logic, and placed 23rd in a list of the top 100 English-language nonfiction books of the twentieth century by Modern Library.

If you enjoy these quotes, be sure to check out other famous mathematicians! More Alfred North Whitehead on Wikipedia.

Everything of importance has been said before by somebody who did not discover it.

The future belongs to those who can rise above the confines of the earth. 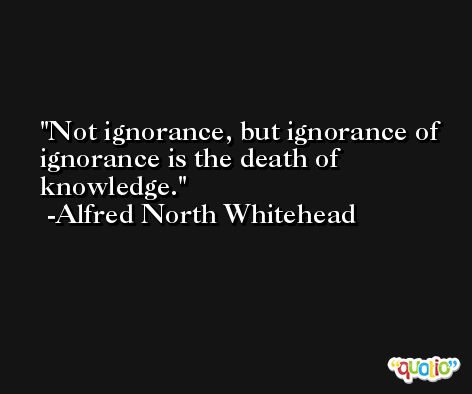 We think in generalities, but we live in detail.

A clash of doctrines is not a disaster--it is an opportunity. 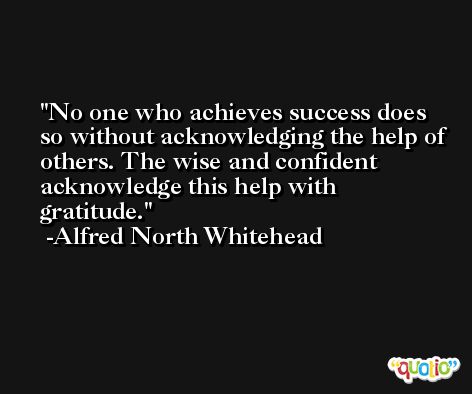 But you can catch yourself entertaining habitually certain ideas and setting others aside; and that, I think, is where our personal destinies are largely decided.

I will not go so far as to say that to construct a history of thought without profound study of the mathematical ideas of successive epochs is like omitting Hamlet from the play which is named after him. . . But it is certainly analogous to cutting out the part of Ophelia. This simile is singularly exact. For Ophelia is quite essential to the play, she is very charming-- and a little mad. 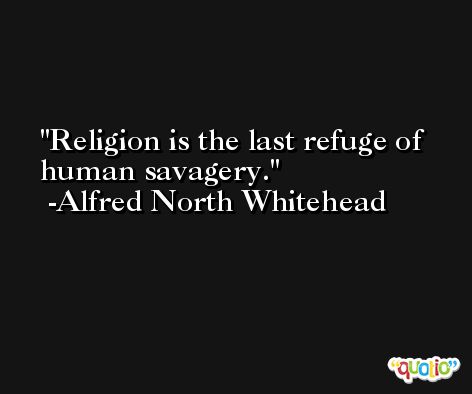 An enormous part of our mature experience cannot not be expressed in words.

Wisdom alone is true ambition's aim Wisdom the source of virtue, and of fame, Obtained with labor, for mankind employed, And then, when most you share it, best enjoyed. 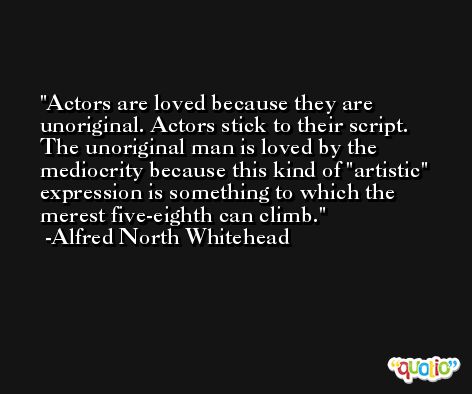 Our minds are finite, and yet even in these circumstances of finitude we are surrounded by possibilities that are infinite, and the purpose of life is to grasp as much as we can out of that infinitude.

What is morality in any given time or place? It is what the majority then and there happen to like, and immorality is what they dislike. 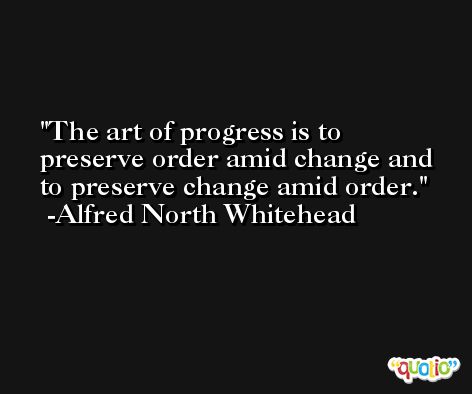 The art of progress is to preserve order amid change.

Art is the imposing of a pattern on experience, and our aesthetic enjoyment is recognition of the pattern. 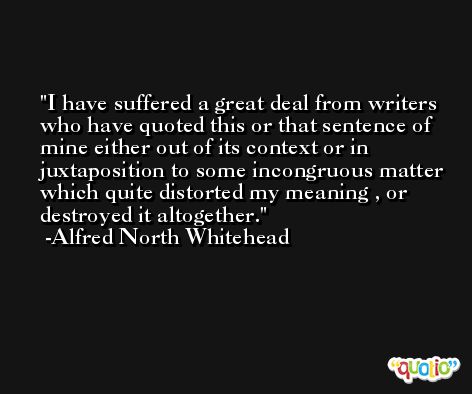 Fools act on imagination without knowledge, pedants act on knowledge without imagination.

Speak out in acts; the time for words has passed, and only deeds will suffice. 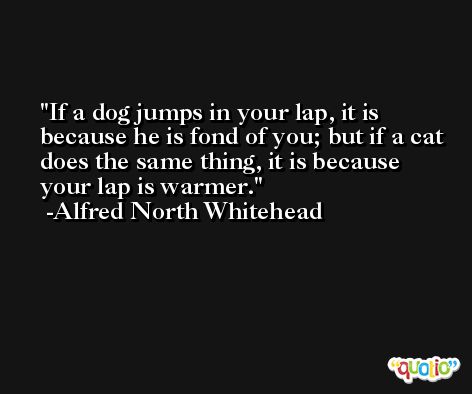 Seek simplicity, and distrust it.

The deepest definition of youth is life as yet untouched by tragedy. 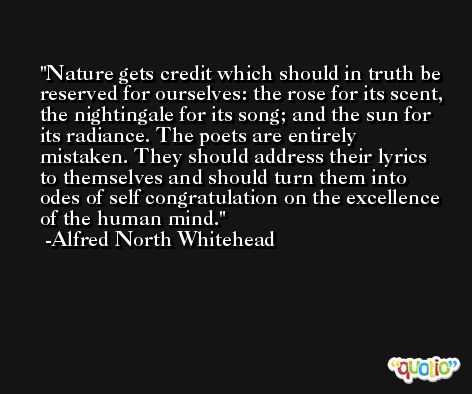 The vitality of thought is in adventure. Ideas won't keep. Something must be done about them.

Let us grant that the pursuit of mathematics is a divine madness of the human spirit, a refuge from the goading urgency of contingent happenings. 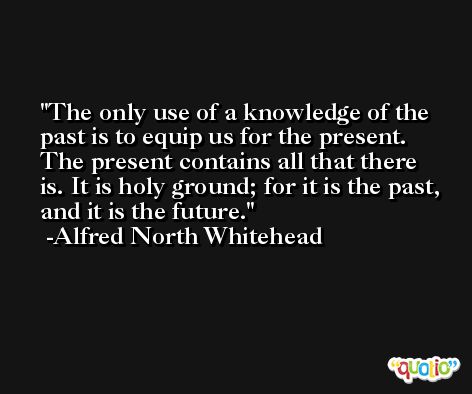 It takes a very unusual mind to undertake the analysis of the obvious.

Culture is activity of thought, and receptiveness to beauty and humane feeling. Scraps of information have nothing to do with it. A merely well informed man is the most useless bore on God's earth. 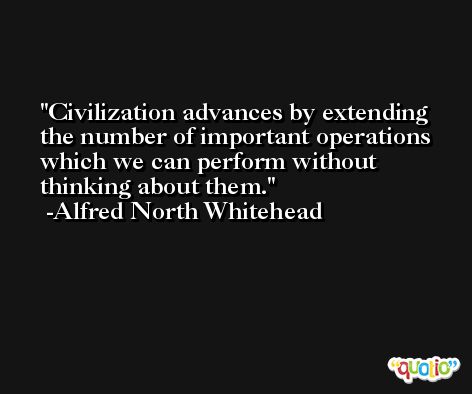