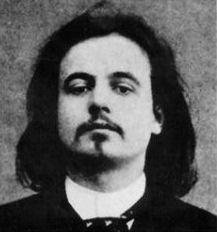 "Alfred Jarry" was a French symbolist writer known for coining the term and philosophical concept of 'pataphysics.

Born in Laval, Mayenne, France, his mother was from Brittany. In his lifetime, though associated with the Symbolist movement, Jarry was best known for his play Ubu Roi (1896), which is often cited as a forerunner to the Surrealism/Surrealist and Futurist movements of the 1920s and 1930s. Jarry wrote in a variety of hybrid genres and styles, prefiguring the Postmodern. He wrote plays, novels, poetry, essays and speculative journalism. His texts present us with pioneering work in the fields of absurdist literature and postmodern philosophy.

If you enjoy these quotes, be sure to check out other famous writers! More Alfred Jarry on Wikipedia.

It is because the public are a mass - inert, obtuse, and passive - that they need to be shaken up from time to time so that we can tell from their bear-like grunts where they are - and also where they stand. They are pretty harmless, in spite of their numbers, because they are fighting against intelligence.

The virtue of dress rehearsals is that they are a free show for a select group of artists and friends of the author, and where for one unique evening the audience is almost expurgated of idiots. 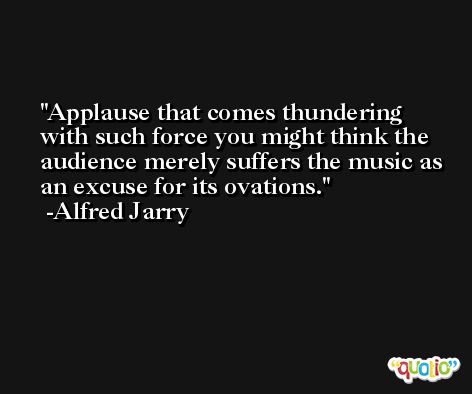 God is the tangential point between zero and infinity.

We shall not have succeeded in demolishing everything unless we demolish the ruins as well. But the only way I can see of doing that is to use them to put up a lot of fine, well-designed buildings. 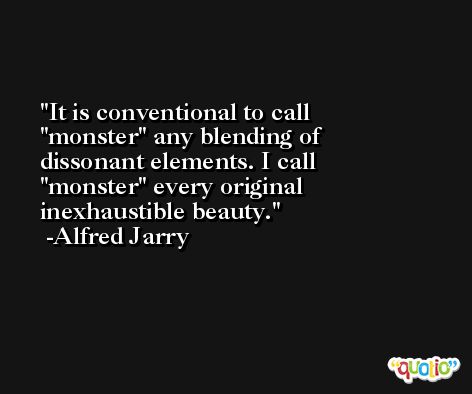 You're looking exceptionally ugly tonight, Madam, is it because we have company?

To keep up even a worthwhile tradition means vitiating the idea behind it which must necessarily be in a constant state of evolution: it is mad to try to express new feelings in a mummified form. 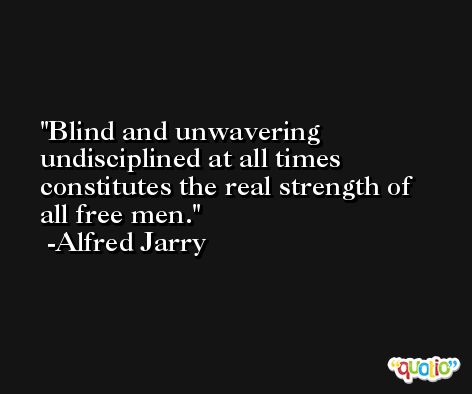