"Alexandre Dumas", also known as "Alexandre Dumas, père", was a French writer. His works have been translated into nearly 100 languages, and he is one of the most widely read French authors. Many of his historical novels of high adventure, including The Count of Monte Cristo, The Three Musketeers, Twenty Years After, and The Vicomte de Bragelonne: Ten Years Later were originally published as serial (literature)/serials. His novels have been adapted since the early twentieth century for nearly 200 films. Dumas' last novel, The Knight of Sainte-Hermine, unfinished at his death, was completed by a scholar and published in 2005, becoming a bestseller. It was published in English in 2008 as The Last Cavalier.

Prolific in several genres, Dumas began his career by writing plays, which were successfully produced from the first. He also wrote numerous magazine essay/articles and travel books; his published works totaled 100,000 pages. In the 1840s, Dumas founded the Théâtre Historique in Paris.

If you enjoy these quotes, be sure to check out other famous dramatists! More Alexandre Dumas on Wikipedia.

All generalizations are dangerous, even this one.

He was thinking alone, and seriously racking his brain to find a direction for this single force four times multiplied, with which he did not doubt, as with the lever for which Archimedes sought, they should succeed in moving the world, when some one tapped gently at his door. 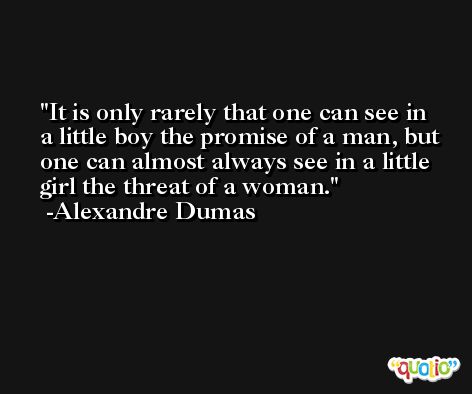 Business? It's quite simple. It's other people's money.

Until the day when God shall deign to reveal the future to man, all human wisdom is summed up in these two words,--'Wait and hope'. 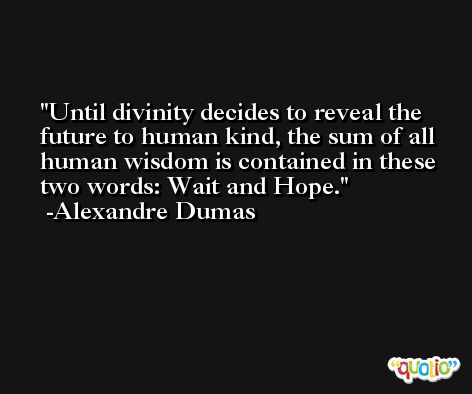 A person who doubts himself is like a man who would enlist in the ranks of his enemies and bear arms against himself. He makes his failure certain by himself being the first person to be convinced of it.

There is neither happiness nor unhappiness in this world; there is only the comparison of one state with another. Only a man who has felt ultimate despair is capable of feeling ultimate bliss. It is necessary to have wished for death in order to know how good life is to live. 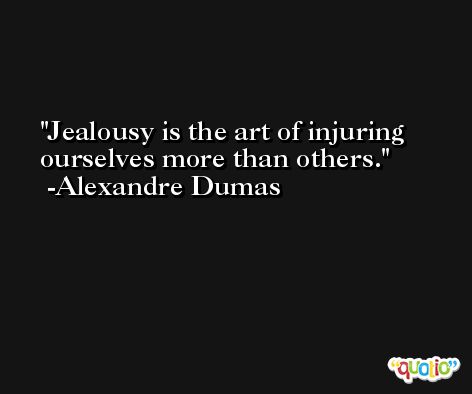 A husband is always a sensible man; he never thinks of marrying. 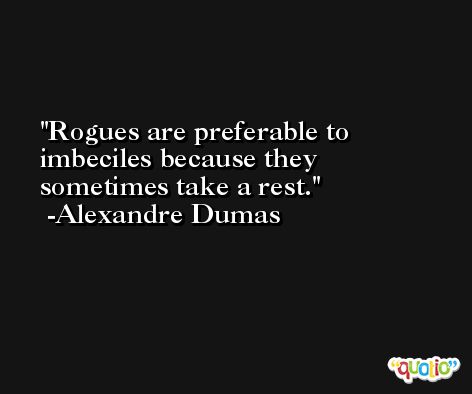 All for one, one for all, that is our device.