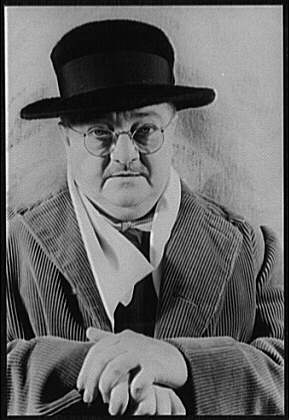 "Alexander Humphreys Woollcott" was an American critic and commentator for The New Yorker magazine and a member of the Algonquin Round Table.

He was the inspiration for Sheridan Whiteside, the main character in the play The Man Who Came to Dinner (1939) by George S. Kaufman and Moss Hart, and for the far less likable character Waldo Lydecker in the film Laura (1944 film)/Laura (1944). He was convinced he was the inspiration for Rex Stout's brilliant detective Nero Wolfe, but Stout, although he was friendly to Woollcott, said there was nothing to that idea.

If you enjoy these quotes, be sure to check out other famous critics! More Alexander Woollcott on Wikipedia.

There is no such thing in anyone's life as an unimportant day.

Nothing risque, nothing gained. 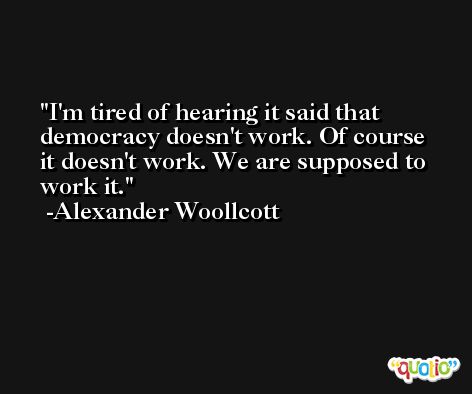 His huff arrived and he departed in it. 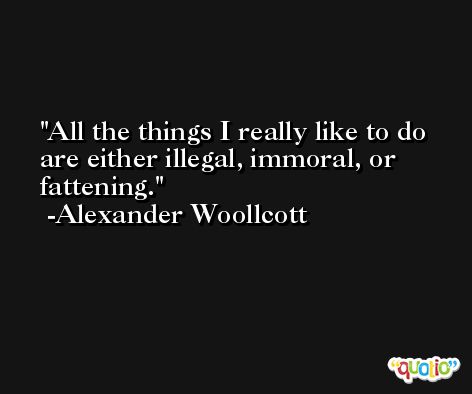 The scenery in the play was beautiful, but the actors got in front of it.

Everything I like is either illegal, immoral or fattening. 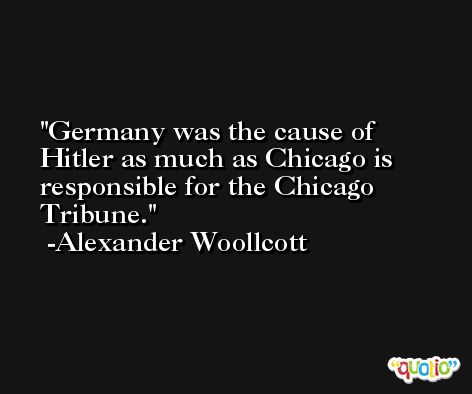 I have no need of your God-damned sympathy. I only wish to be entertained by some of your grosser reminiscences.

The English have an extraordinary ability for flying into a great calm. 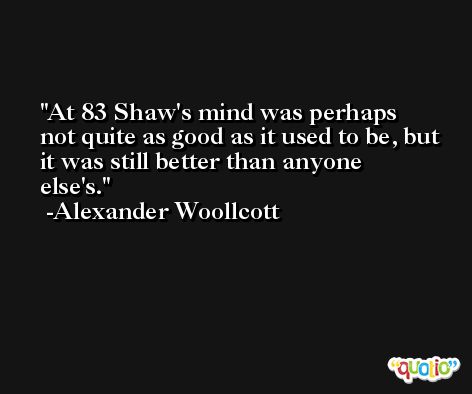