"Alexander Louis Theroux" (born 1939) is an American novelist and poet whose best known novel is perhaps Darconville’s Cat (1982) which was selected by Anthony Burgess’s Ninety-Nine Novels: The Best in English since 1939 – A Personal Choice in 1984 and in Larry McCaffery’s 20th Century’s Greatest Hits

He was awarded the Lannan Literary Award for Fiction in 1991 and the Clifton Fadiman Medal for Fiction in 2002 by the Center for Fiction/Mercantile Library in New York City. He is the brother of novelist Paul Theroux.

The parrot holds its food for prim consumption as daintily as any debutante, [with] a predilection for pot roast, hashed-brown potatoes, duck skin, butter, hoisin sauce, sesame seed oil, bananas and human thumb.

It's true, you can never eat a pet you name. And anyway, it would be like a ventriloquist eating his dummy. 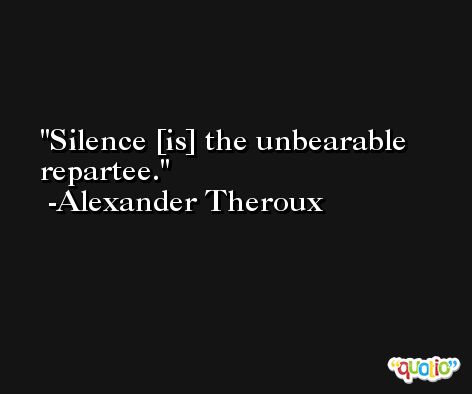