"Alexander Henderson" may refer to:

I guess she looked up to me sometimes, when she wasn't mad at me. She was just a really, really remarkable person. I'll miss her. She was really a free spirit. She liked to do her own thing. It wasn't very often you saw her frown. Whenever she saw somebody needed something, she would give it. She was just an amazing person.

There has been a major bifurcation in the marketplace towards quality over the last three or four days. I think that's clearly putting pressure on small cap names and moving money into big cap names. 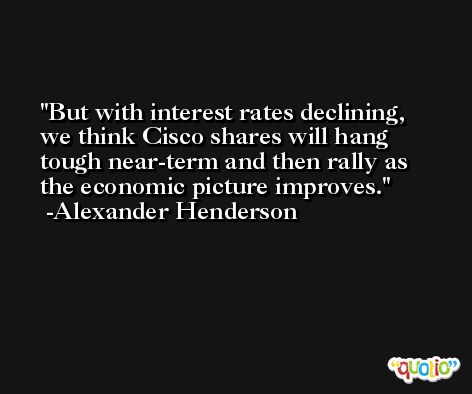