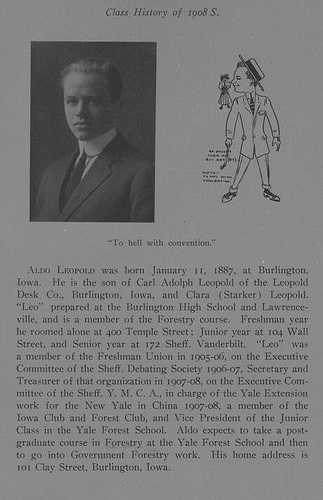 "Aldo Leopold" was an American author, scientist, ecologist, forester, conservationist, and environmentalist. He was a professor at the University of Wisconsin and is best known for his book A Sand County Almanac (1949), which has sold more than two million copies.

Leopold was influential in the development of modern environmental ethics and in the movement for wilderness conservation. His ethics of nature and wildlife preservation had a profound impact on the environmental movement, with his ecocentric or holistic ethics regarding land. He emphasized biodiversity and ecology and was a founder of the science of wildlife management.

If you enjoy these quotes, be sure to check out other famous environmentalists! More Aldo Leopold on Wikipedia.

A thing is right when it tends to preserve the integrity, stability and beauty of the biotic community. It is wrong when it tends otherwise.

We shall never achieve harmony with land, any more than we shall achieve absolute justice or liberty for people. In these higher aspirations, the important thing is not to achieve but to strive. 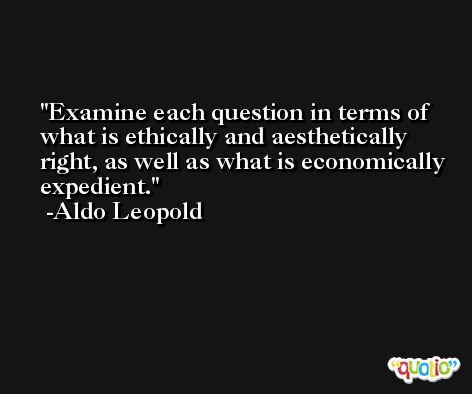 To keep every cog and wheel is the first precaution of intelligent tinkering.

Mark this well, the laws of economics are the last thing the roads booster is thinking about. 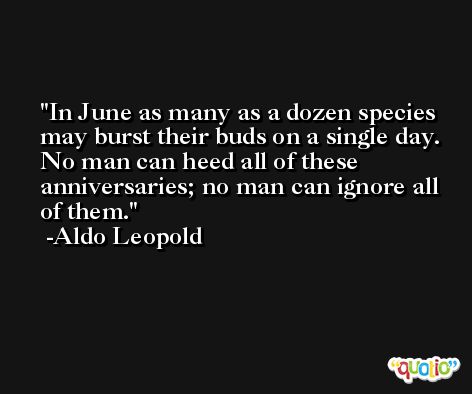 Conservation is a state of harmony between men and land.

One swallow does not make a summer, but one skein of geese, cleaving the murk of March thaw, is the Spring. 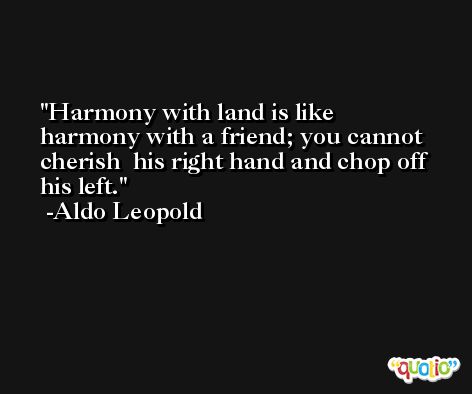