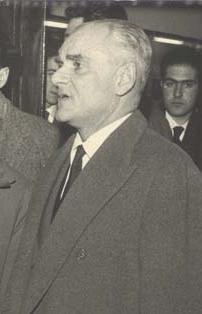 He is best known for his debut novel Gli indifferenti (published in 1929), and for the anti-fascist novel Il Conformista (The Conformist), the basis for the film The Conformist (film)/The Conformist (1970) by Bernardo Bertolucci. Other novels of his translated to the cinema are Agostino, filmed with the same title by Mauro Bolognini in 1962; Il Disprezzo (A Ghost at Noon or Contempt), filmed by Jean-Luc Godard as Le Mépris (Contempt (film)/Contempt) (1963); La Noia (Boredom), filmed with that title by Damiano Damiani in 1963 and released in the US as The Empty Canvas in 1964; and La Ciociara, filmed by Vittorio de Sica as Two Women (1960). Cedric Kahn's L'Ennui (1998) is another version of La Noia. He was an atheist.

If you enjoy these quotes, be sure to check out other famous novelists! More Alberto Moravia on Wikipedia.

Good writers are monotonous, like good composers. They keep trying to perfect the one problem they were born to understand.

In life there are no problems, that is, objective and external choices; there is only the life which we do not resolve as a problem but which we live as an experience, whatever the final result may be. 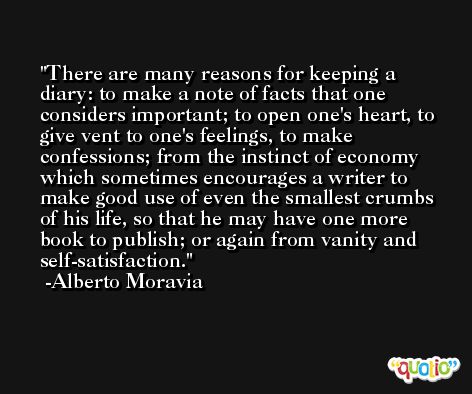