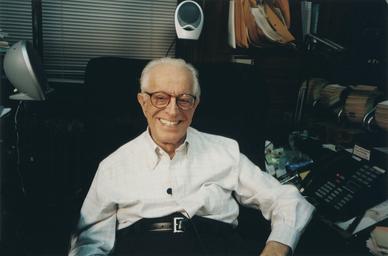 "Albert Ellis" was an American psychologist who in 1955 developed Rational Emotive Behavior Therapy (REBT). He held M.A. and Ph.D. degrees in clinical psychology from Columbia University and American Board of Professional Psychology (ABPP). He also founded and was the President of the New York City-based Albert Ellis Institute for decades. He is generally considered to be one of the originators of the Cognitive revolution/cognitive revolutionary paradigm shift in psychotherapy and the founder of Cognitive Behavioral Therapy/cognitive-behavioral therapies. Based on a 1982 professional survey of USA and Canadian psychologists, he was considered as the second most influential psychotherapist in history (Carl Rogers ranked first in the survey; Sigmund Freud was ranked third).

If you enjoy these quotes, be sure to check out other famous psychologists! More Albert Ellis on Wikipedia.

The art of love... is largely the art of persistence.

People and things do not upset us, rather we upset ourselves by believing that they can upset us. 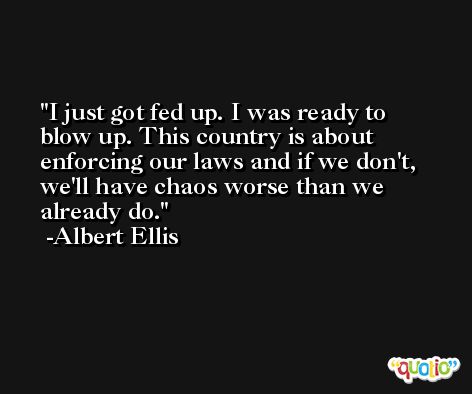 The best years of your life are the ones in which you decide your problems are your own. You don't blame them on your mother, the ecology, or the President. You realize that you control your own destiny.

I think it's unfair, but they have the right as fallible, screwed-up humans to be unfair; that's the human condition. 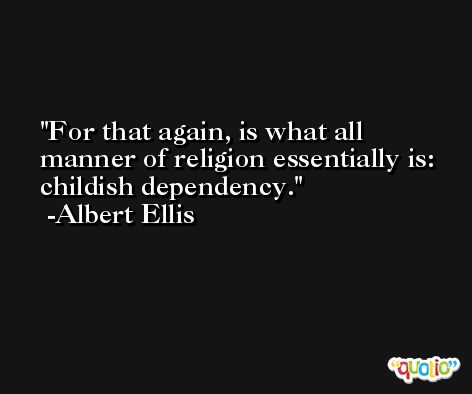 He appeared to me the bravest man it fell to my unhappy lot to execute.