"Alan Jay Lerner" was an United States/American lyricist and librettist. In collaboration with Frederick Loewe, and later Burton Lane, he created some of the world's most popular and enduring works of musical theatre for both the stage and on film. He won three Tony Awards and three Academy Awards, among other honors.

If you enjoy these quotes, be sure to check out other famous dramatists! More Alan Jay Lerner on Wikipedia.

Coughing in the theater is not a respiratory ailment. It is a criticism.

You're an egghead with two yolks. 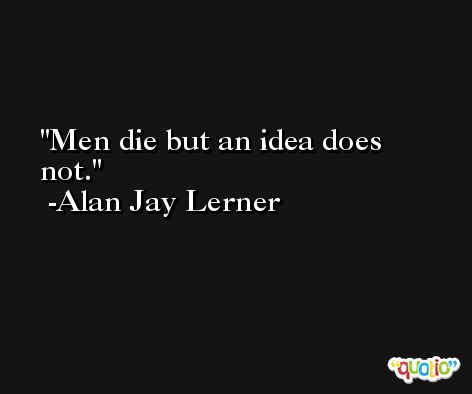 A schedule so tight that it would only work if I didn't sleep on Monday nights. 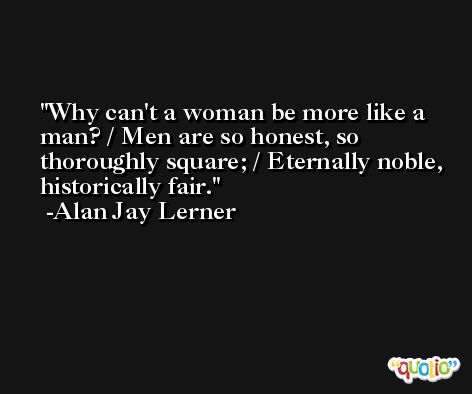 An Englishman's way of speaking absolutely classifies him. 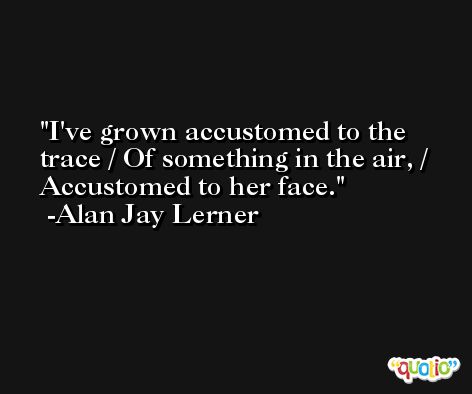