"Alan Joseph Faneca, Jr." is a former American college and professional American football/football player who was a Guard (American football)/guard in the National Football League (NFL) for thirteen seasons. He played college football for Louisiana State University (LSU), and earned consensus All-American honors. He was drafted by the Pittsburgh Steelers in first round of the 1998 NFL Draft, and played professionally for the Steelers, New York Jets and Arizona Cardinals of the NFL. A nine-time All-Pro and nine-time Pro Bowl selection, Faneca won a Super Bowl ring with the Steelers in Super Bowl XL.

It's a loss. We are 2-1. What happened last year doesn't matter. We beat them once and lost to them once. We lost to them when it counted and that's all that matters about last year. 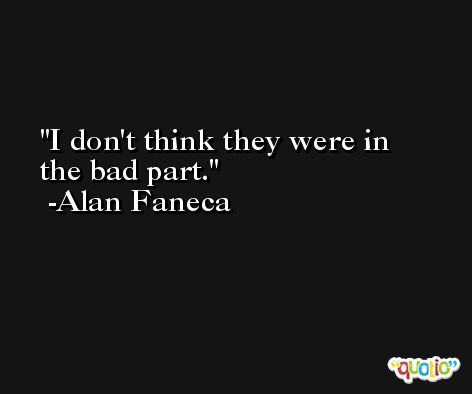 They got the rings and we went home. 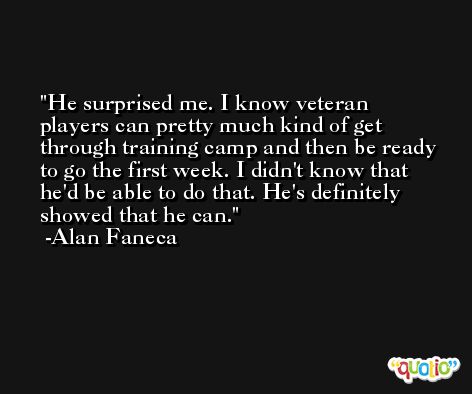 I think our staff as a whole has a better feel for what works against a 3-4 better than most teams.

His growth from last year to this year, his comfort level with the offense, with what NFL defenses do. He's been able to react, to be in sync, and that's when you're playing your best football. I'm definitely excited to play with him now. 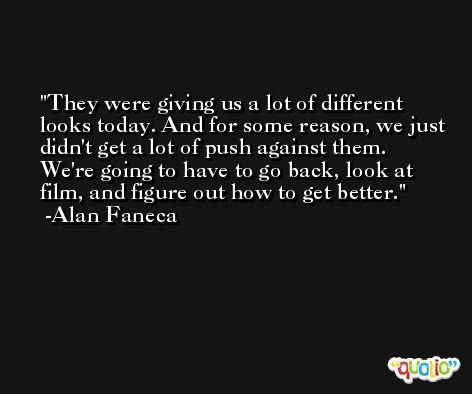