"Carlos Alan Autry" is an American actor, politician, and former National Football League (NFL) American football/football player. During his brief football career, Autry was known as "Carlos Brown". He is best known for his role as Captain Bubba Skinner on the television series In the Heat of the Night (TV series)/In the Heat of the Night; he also has been in numerous movies and other television shows. In November 2000, he was elected mayor of Fresno, California, serving for two 4-year terms, through January 2009. As of September 2008, Autry had been hosting a radio news talk show on KYNO 940 AM in Fresno. Autry left his duties as host of the news talk show in the spring of 2011.

If you enjoy these quotes, be sure to check out other famous actors! More Alan Autry on Wikipedia.

I can't tell you I'm satisfied with the results of the whole camera situation, because I'm not.

We are expecting that, come tomorrow, they'll be arriving. 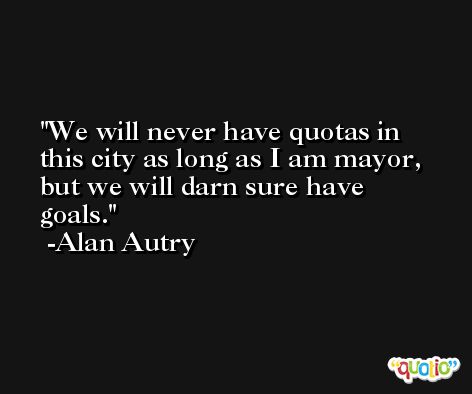 [Autry also directly criticized Parks. He said the FPOA] has had some good leaders who put the community first. ... we are seeing a big departure from that ... Parks would rather operate behind a veil of secrecy, which is not good for the public or the Police Department. 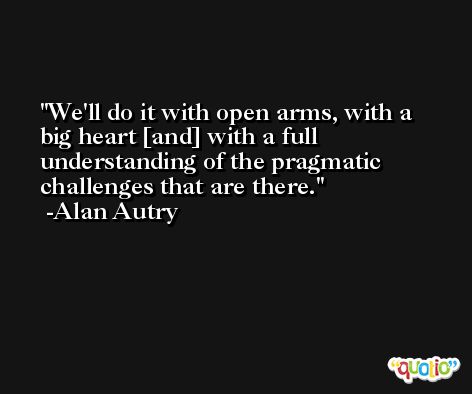 We're assuming that these folks will be coming here and staying here. 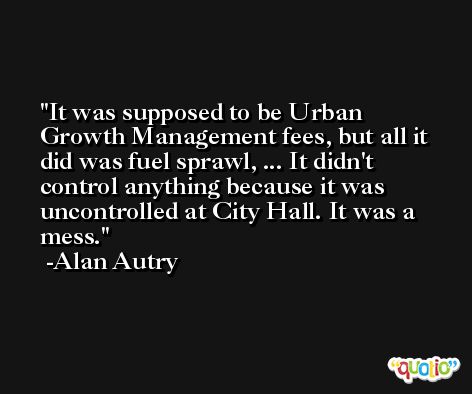