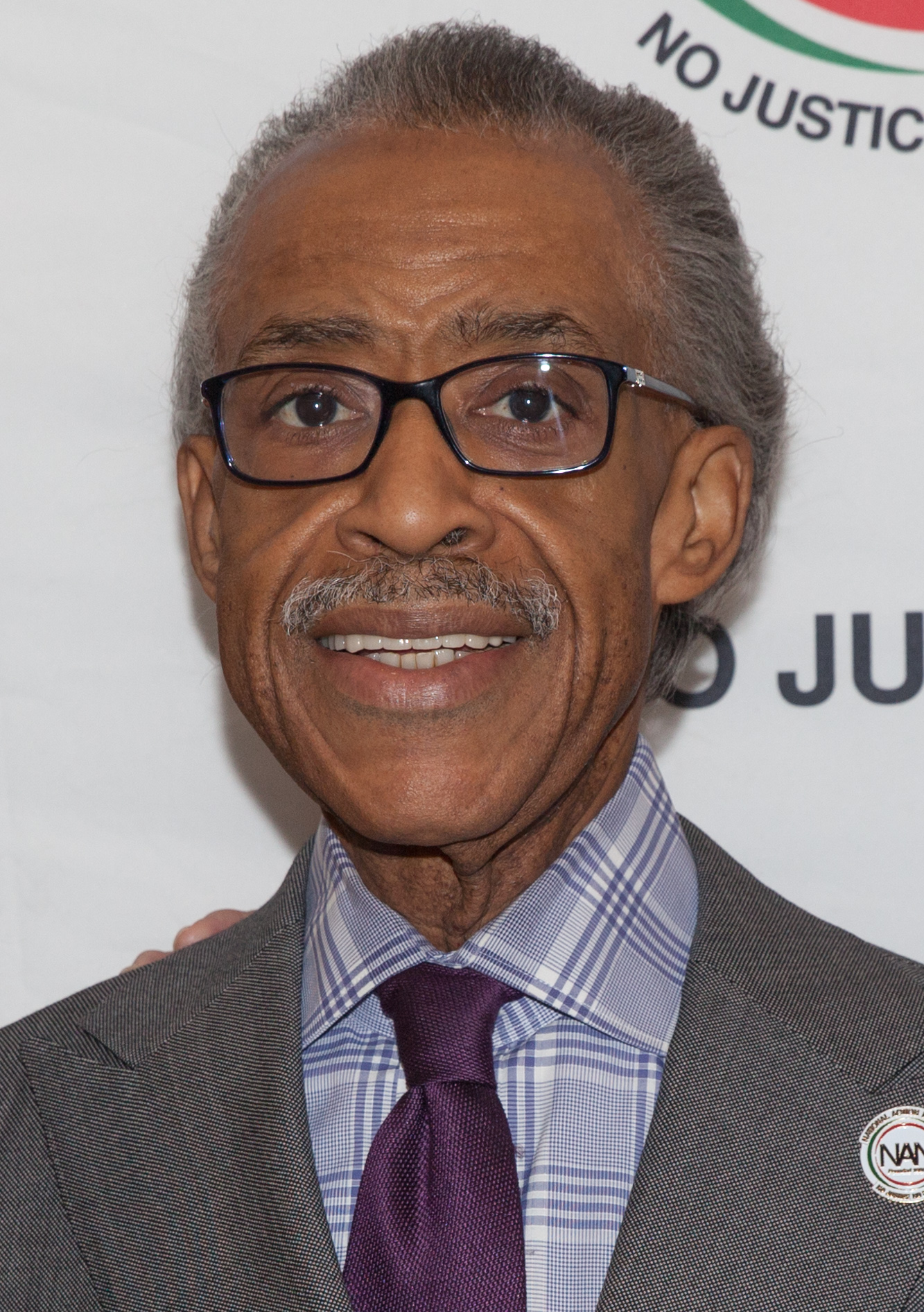 "Alfred Charles "Al" Sharpton, Jr." is an United States/American American Baptist Churches USA/Baptist minister, African-American Civil Rights Movement (1955-1968)/civil rights activist, television/Talk radio/radio talk show host and a trusted White House adviser who, according to 60 Minutes, has become President Barack Obama/Barack Obama's "go-to black leader." In 2004, he was a candidate for the Democratic Party (United States)/Democratic nomination for the United States presidential election, 2004/U.S. presidential election. He hosts his own radio talk show, Keepin It Real with Al Sharpton/Keepin' It Real, and he makes regular guest appearances on Fox News (such as on The O'Reilly Factor), CNN, and MSNBC. In 2011, he was named the host of MSNBC's PoliticsNation, a nightly talk show.

If you enjoy these quotes, be sure to check out other famous politicians! More Al Sharpton on Wikipedia.

I can't see how an unarmed man rejecting a drug deal ended up dead.

This is not about what party you're part of. This is about right and wrong, ... the conscience of this nation. 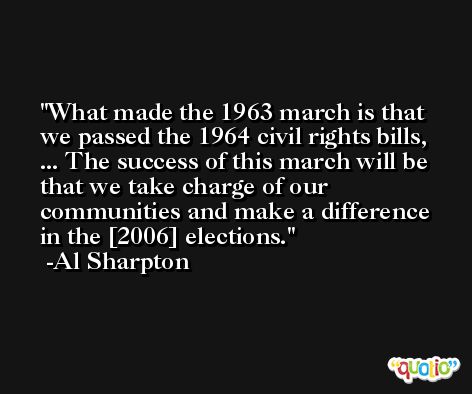 Many in our community have to live in fear of both the cops and the robbers. What concrete steps would you take to end police brutality and racial profiling? 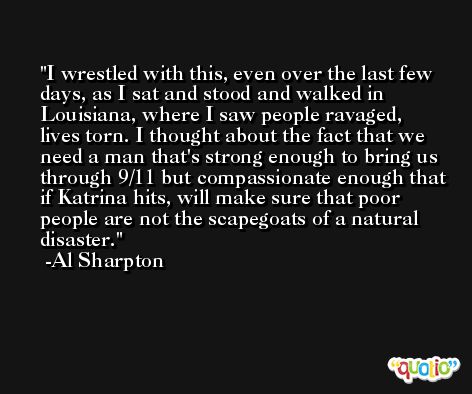 We blacks had problems in the '60s and we solved them by marching. We've still got problems - let's march. 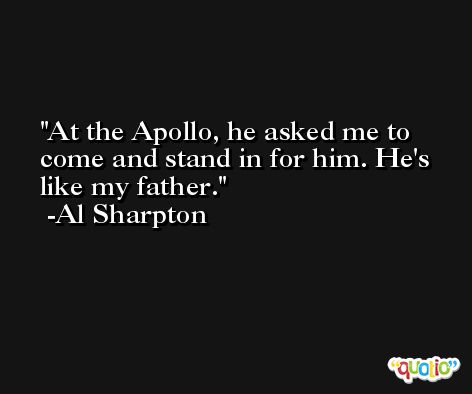