"Alfred James "Al" McGuire" was the head coach of the Marquette University men's basketball team from 1964 to 1977. He won a national championship at Marquette and was later inducted into the Basketball Hall of Fame in 1992. He was also well known as a longtime national television basketball broadcaster and for his colorful personality.

If you enjoy these quotes, be sure to check out other famous coaches! More Al McGuire on Wikipedia.

Remember, half the doctors in this country graduated in the bottom half of their class.

I don't know why people question the academic training of an athlete. Fifty percent of the doctors in this country graduated in the bottom half of their classes. 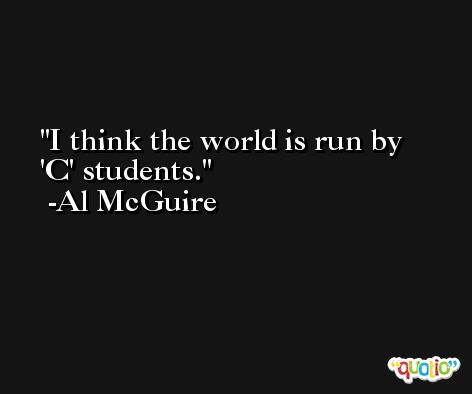 The only mystery in life is why the kamikaze pilots wore helmets. 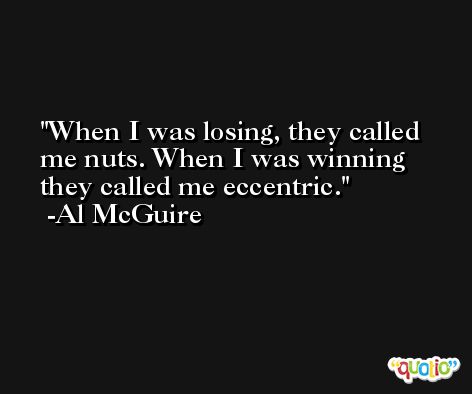 Winning is overrated. The only time it is really important is in surgery and war.

If the waitress has dirty ankles, the chili should be good. 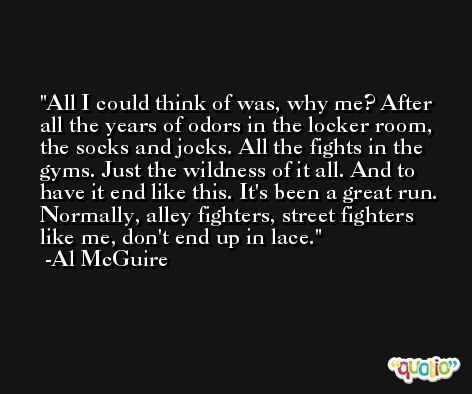