From September 1, 2009 to August 31, 2012, he was a member of the Monetary Policy Committee of the Bank of England. He also sits on the panel of economic advisers to the United States Congressional Budget Office. Posen's other positions include being a member of the Council on Foreign Relations and the Trilateral Commission, a research associate of the Center for the Japanese Economy and Business of Columbia University, a fellow of the CESifo Research Network, and a member of the Bellagio Group of the international finance officials and scholars. He has been the recipient of major research grants from the European Commission, the Sloan Foundation, the Ford Foundation, and the German Marshall Fund of the United States.

This issue is a big one, and central banks are divided.

If we are seeing a recovery in Germany it is not a very strong one. Merkel will ultimately be judged on whether she can push through reforms and deliver on the economy. 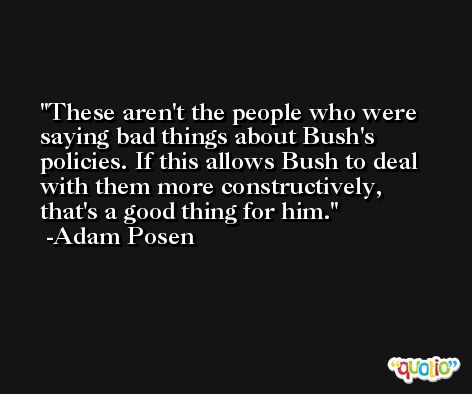