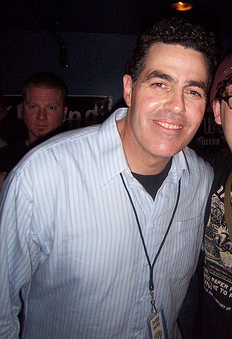 "Adam Carolla" is an United States/American comedian, radio personality, television host and actor. He hosts The Adam Carolla Show (podcast)/The Adam Carolla Show, a talk show distributed as a podcast which set the record as the "most downloaded podcast" as judged by Guinness World Records.

Carolla co-hosted the syndicated radio call-in program Loveline from 1995 to 2005 as well as the show's television incarnation on MTV from 1996 to 2000. He was the co-host and co-creator of the television program The Man Show (1999–2004), and the co-creator and a regular performer on the television show Crank Yankers (2002–2007). He hosted The Adam Carolla Project, a home improvement television program which aired on TLC (TV channel)/TLC in 2005 and The Car Show on Speed TV in 2011.

It's hard to say when it will start, ... I'm not being evasive; I really have no idea. Right now, I hope it's later rather than sooner. 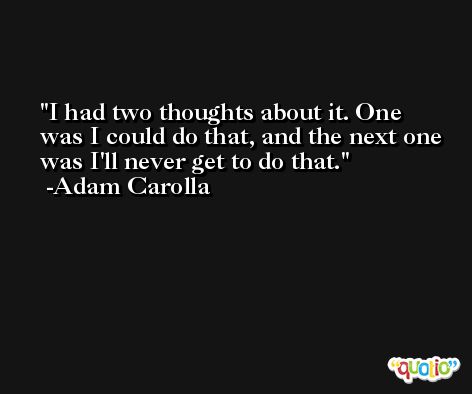 The Aston Martin is a beautiful car. It's a work of art, ... I love the interior and the style of the car. 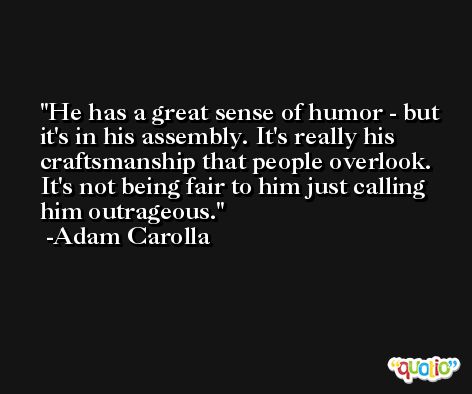 Maybe it's weird, but I don't feel in any way, shape or form that I'm taking over his show.

Right now, I hope it's later rather than sooner. 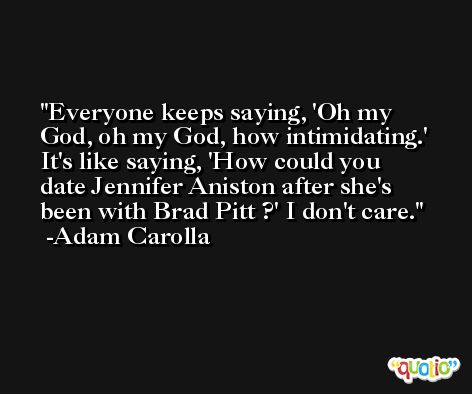