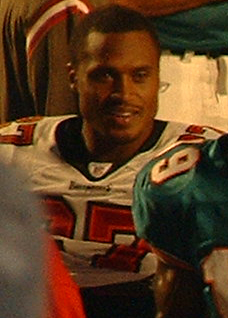 "Aaron Stecker" is a former American football running back. He was signed by the Chicago Bears as an undrafted free agent in 1999. He played college football at Western Illinois Leathernecks#Football/Western Illinois and Wisconsin Badgers football/Wisconsin.

Stecker also played for the Tampa Bay Buccaneers, New Orleans Saints, and Atlanta Falcons. He earned a Super Bowl ring with the Buccaneers in Super Bowl XXXVII. Mainly used as a backup for most of his career, Stecker started 14 games during his five years with the Saints, and also often served as a kick returner for both Tampa Bay and New Orleans.

On April 20, 2010, Stecker announced that he was retiring from football, although later in 2010 he worked out for, but did not sign with, the Green Bay Packers.

Last year, we had stuff that we work on practice, and 25 percent was never used in the game. Now everything is condensed, and we just line up and play football.

I'm going to keep praying, ... My house is in St. Charles Parish, and my house had some leakage and siding damage - nothing major. 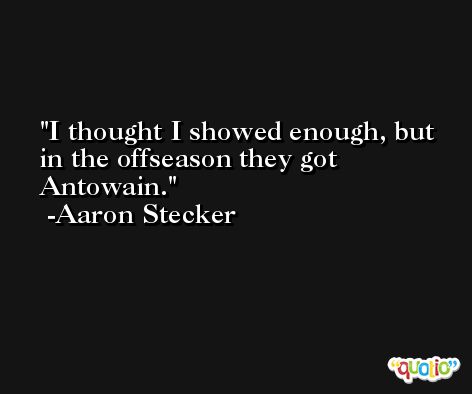 They just came out and whupped us, early.

I won't be pouting. If I did, I wouldn't be prepared. 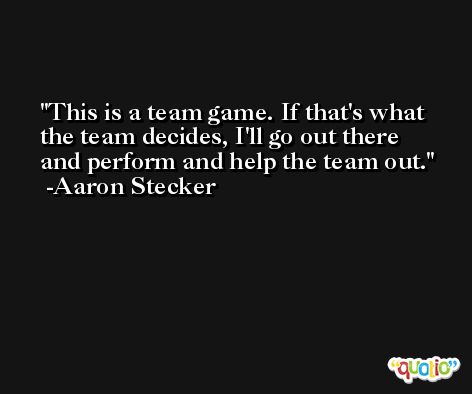