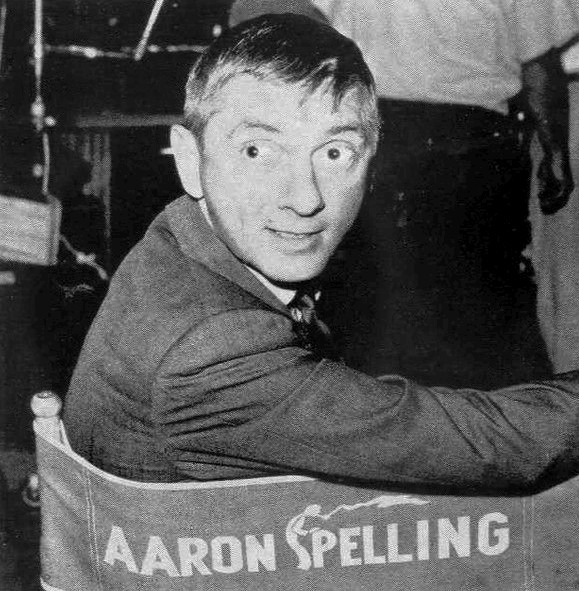 "Aaron Spelling" was an American film and television producer. As of 2009, Spelling's eponymous production company Spelling Television holds the record as the most prolific television writer, with 218 producer and executive producer credits. Forbes ranked him the 11th top-earning deceased celebrity in 2009.

If you enjoy these quotes, be sure to check out other famous producers! More Aaron Spelling on Wikipedia.

But, I don't know, the violence, I can't even talk about. We don't do a lot of violent shows. When I started in television, breaking a pencil was a violent act. 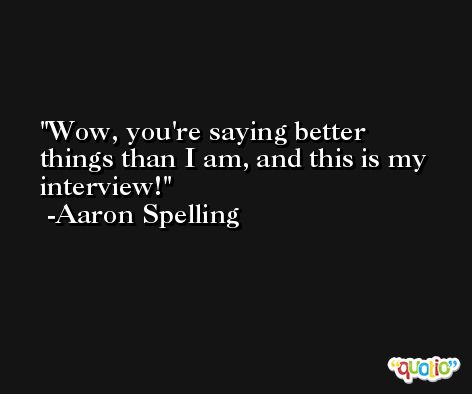 I must tell you, I haven't done the drug problem that is faced by cops and people on the border. It's a hard show to do, but I think it's going to say a lot about drugs and the problems related to them. I just hope people can watch it, it's a pretty strong show.

I love giving time to gay actors, gay characters; I think it's wrong to say, You don't exist. I like diversity in shows, and I must say, the networks are really selling that, finally. African Americans, Latinos, diversity, diversity. Even love scenes, I'm pleasantly surprised that we've come that far. 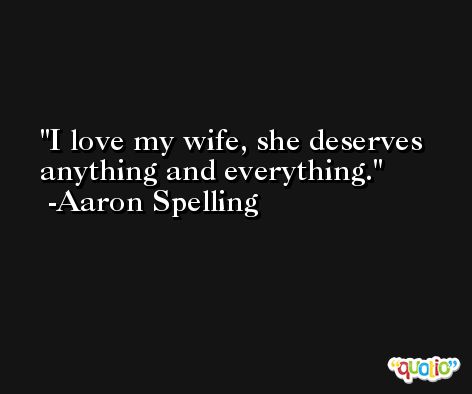 A show that no one thought had a chance has just finished its fifth year: Charmed. I think it's tougher for the younger networks, so I think they have a little more patience for the sake of the show. But who knows?

On a gay situation, I think we set a trend too. I remember how Blake Carrington in Dynasty hated his son being gay. And the son finally moved out and Blake was mean to his son's lover, but in the last show, I'll never forget that, Blake visited the apartment his son and his lover were living in. They were expecting trouble and hell, but nothing happened and he kissed his son. 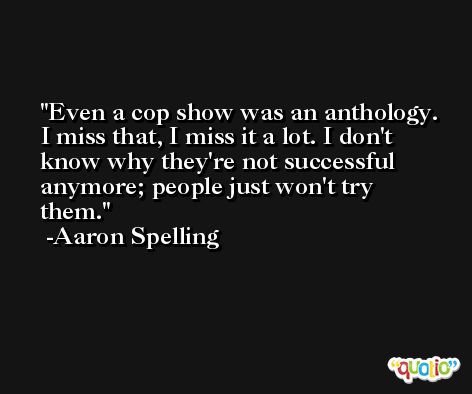