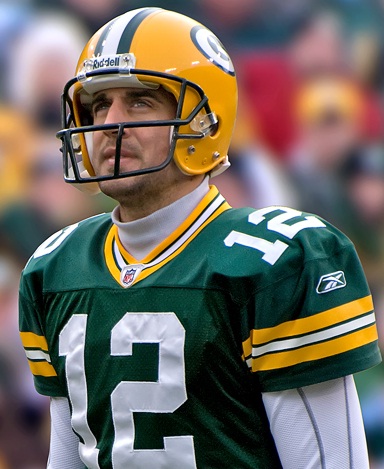 "Aaron Charles Rodgers" is an American football quarterback for the Green Bay Packers of the National Football League (NFL). Rodgers played college football for the University of California, Berkeley, where he set several career passing records, including lowest single-season and career interception rates. He was selected in the first round (24th overall) of the 2005 NFL Draft by the Packers.

It'd be nice to get a couple warmup throws, but I went out there cold-turkey. And that's what a backup needs to do - be ready at any time. On this team, with Brett Favre in charge, that doesn't happen much, but if I am the No. 2 guy, I'll definitely be ready.

That drive, probably was the best moment of camp for me so far. 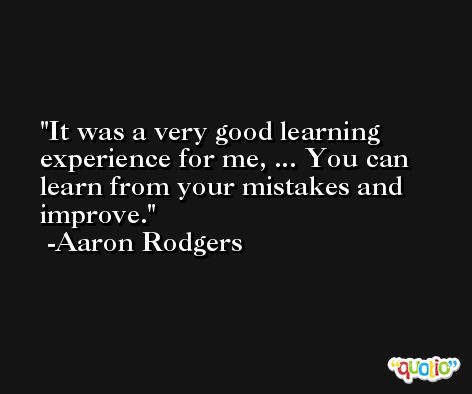 I'm going to keep plugging away. I've said from the start that whatever happens happens as long as I continue to get better. That's what's frustrating (Saturday night) because I didn't get better. I didn't make strides where I wanted to. Obviously I didn't make a strong case for being No. 2 tonight.

It was a bad throw. I kind of separated (from the rush) and tried to bring it back together. I was in between hitches and just threw a really bad ball. There's no excuse for that. 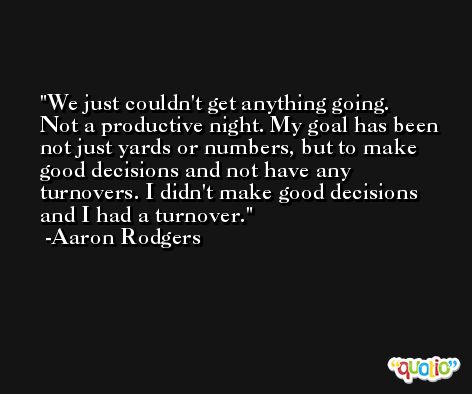 This is my regular season, so this is my chance to shine. I'm going to get better, but I'm never going to lose my confidence or waiver confidence-wise.

Tonight is not a setback. It's just a learning experience.