"Aaron Bruno" is an American rock musician. He is best known for being the lead singer of Awolnation. He is a former member of the post-grunge band Home Town Hero, the indie-pop group Under the Influence of Giants, and Insurgence. He was born and raised in Los Angeles. In 2004, Home Town Hero split up shortly after their second EP. Aaron continued to write music. He created the song "Sail_(song)/Sail" in 2010 as part of AWOLNATION's first EP, Back From Earth. Sail later debuted as number 30 on the U.S Billboard Alternative Songs chart in 2011, going platinum in America and double platinum in Canada. Later that year the album Megalithic Symphony was released.

They think we're all a bunch of guys who just want to go out and kill animals. It couldn't be further from the truth.

We work to protect the environment so generations to come will have the same opportunities we have. 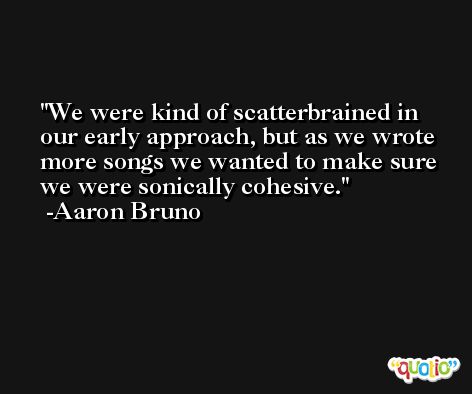