"Alan Whitney Brown" is a writer and comedian best known for work on Saturday Night Live in the 1980s. In addition to writing for the program, he appeared opposite Dennis Miller in a biting satirical Weekend Update commentary segment called "The Big Picture." He won a 1988 Emmy Award for Outstanding Writing in a Variety or Music Program, along with Al Franken, Tom Davis (comedian)/Tom Davis, Phil Hartman, Mike Myers, Lorne Michaels and Conan O'Brien. He was also one of the original correspondents on Comedy Central/Comedy Central's The Daily Show from 1996 to 1998.

If you enjoy these quotes, be sure to check out other famous comedians! More A. Whitney Brown on Wikipedia.

Our bombs are smarter than the average high school student. At least they can find Kuwait. 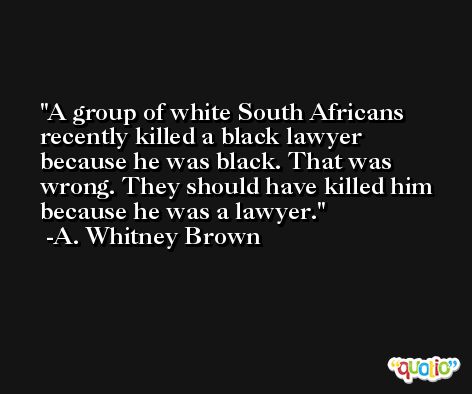 The Baptists' basic theology is that if you hold someone under water long enough, he'll come around to your way of thinking. It's a ritual known as 'Bobbing for Baptists.'

There are a billion people in China. It's not easy to be an individual in a crowd of more than a billion people. Think of it. More than a BILLION people. That means even if you're a one-in-a-million type of guy, there are still a thousand guys exactly like you. 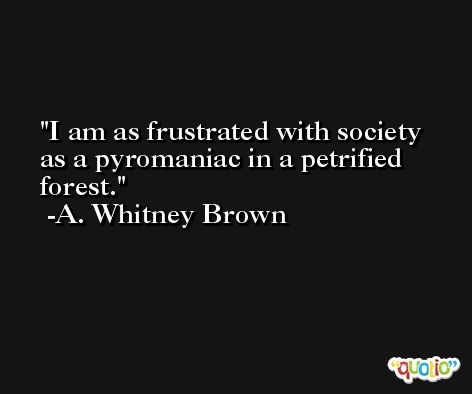 The past actually happened but history is only what someone wrote down.

Waterboarding - that's what America does to its prisoners now. Dunking them in water until they confess. Of course, you have to remember - we uncovered a lot of witches that way. So, credit where credit is due. 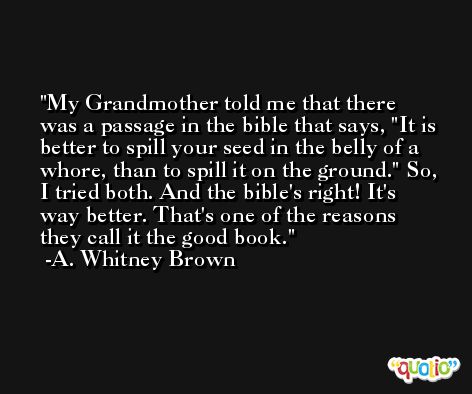 That is the saving grace of humor, if you fail no one is laughing at you.